I’ve been meaning to get this set up in my office and then sharing the idea with you for quite some time.  FINALLY, I got around to doing it… the way I wanted to do it.  For most of my career, I’ve searched for the holy grail of intraoral photography and a way to share it with a patient in an easy and expedient manner.  And, I found it!

Intraoral photography is an essential part of my daily practice.

I’ve been using photography in my practice for around 18 years.  I started with a film SLR camera and a separate intraoral video camera (IOVC).

My intraoral video camera was the Acucam Concept III.  I paid about $10,000 for it!  It was a monstrosity that “traveled” in the office on a big, heavy cart on wheels with a TV on top of it. 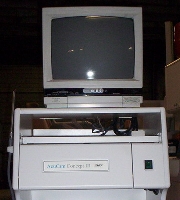 At the time it was state of the art for taking intraoral images and then showing them to the patient. The IOVC was quite good for single tooth images (and single tooth dentistry).  But, for shooting quadrants or full arches, it was less than adequate.  I find that quadrant and full-arch images are more easily understood by patients.

My film camera was for my own documentation (before & afters, lab photos, etc.).  Of course, I had to take the film in for developing and wait a few days.  It was a cumbersome system (video and film).  It worked (when I used it), but there had to be a better way!

Digital gets good enough for me.

Later (maybe 10 – 12 years ago) I got rid of the film camera and went into digital photography.  I initially resisted digital cameras, as the image quality was quite poor (to this photo snob).  Early digital photos were very “pixelated.”  Film blew it away for the first few years.  Digital was not initially good enough for this photographer.  But, then it was. 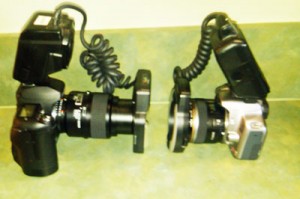 The intraoral images captured with the digital SLR (Fuji S2 Pro – RIP) were outstanding and far superior to those captured with the IOVC.  I like capturing a quadrant or full arch and then zooming in on individual teeth.  I find patients can visualize what part of their mouth we are talking about when they start with at least a quadrant perspective. 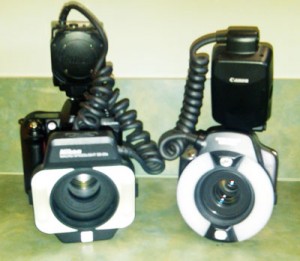 The only issue was showing them immediately to patients.  Either I had to use the small screen on the back of the camera (not so good), connect a cable between the camera and a monitor (PITA), or download to my laptop and then show them (time consuming).

I use my DSLR on a daily basis for a variety of purposes including:

But, I admit when it came to using it for patient education (photos of their own dental condition), I was not consistent because of the inconveniences mentioned above.

I sold the Acucam III monstrosity for $500 to a friend.

Wi-fi SD cards to the rescue! 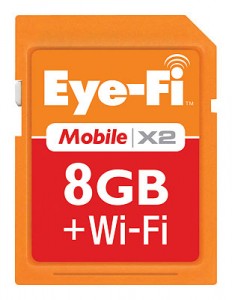 Several months ago, I bought an “Eye-Fi Mobile X2” card for my camera (Canon Rebel XSi).  It’s a typical camera memory card with a new twist.  It puts out a wi-fi (wireless) signal that can be synched with your computer network or a mobile device.  My goal was to have it synch with my office iPad.  I wanted to take a photo (of a patient’s teeth) and have it instantly appear on the iPad screen.

When I first set the card up, it worked very well with my laptop.  I took a photo in the operatory, and presto.. it appeared on my laptop.  This was a big improvement!  But, I really wanted to get the photos onto the iPad instantly.

But, since this Eye-Fi card was a new technology, there were apparently some bugs.  I just couldn’t get it to work with the iPad.  Frustrated, I put the project on the back burner.  However, recently, I got some new information on how to set up the “DIRECT” mode for the Eye-Fi card.  And, it works!  It works very well!  And, I’m tickled to finally have what I feel is the best of all worlds when it comes to using photography and patient education.  I can grab a quadrant or full arch shot (using retractors and a mirror), and it will instantaneously show up on the iPad.  Finally, I can share intraoral images with patients the best way possible.

For patients to “get” the problem, they must OWN it.

My theory is that showing a patient an image on a computer screen on the counter or a monitor up in the ceiling corner leaves the patient a bit “detached” from the image.  There’s no emotional “connection” to it.  Having the patient HOLD the iPad while I take the photo, and then have it instantly appear on the iPad is a totally different experience (not to mention “wow factor”.  By HOLDING the photo in his / her hand, the patient OWNS the image.  There’s an emotional connection made that’s more powerful than when viewing an image on a monitor some distance away.

Now we can immediately review the images with patients on a nicely-sized and super-sharp screen.  And, the patient is HOLDING and OWNING the dental “issue.”  Together we can flip from one photo to the next or zoom in on a particular tooth.  Very, VERY COOL! 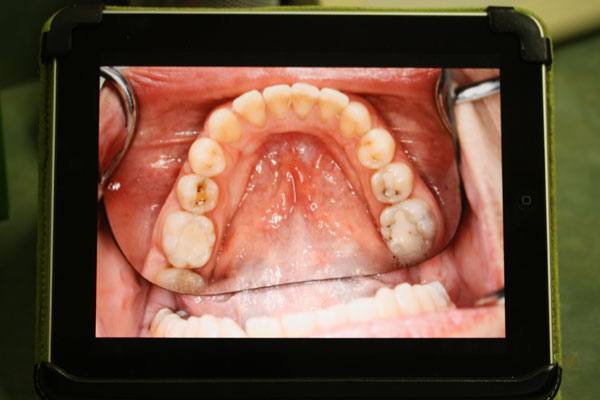 A full-arch photo is easily understood by the patient. It's the "big picture." The patient knows which end is the "front" and which is the "back." 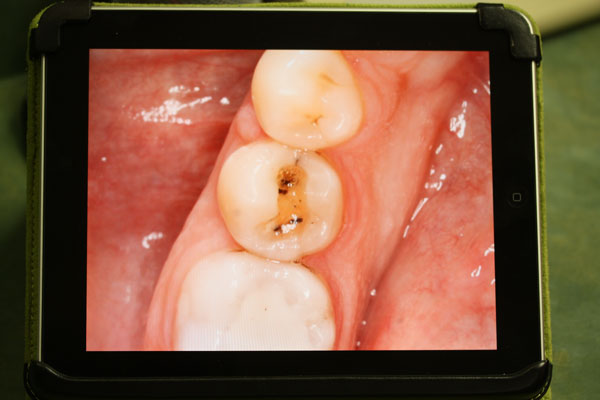 This is the same full-arch shot shown in the previous photo, but now we've zoomed in on a particular tooth.

Must have… MUST have!

You can order the Eye-Fi card on Amazon for about $72: Eye-Fi 8GB Mobile X2 SDHC Class 6 Wireless Memory Card EYE-FI-8MD

.  Install the software on your laptop and your iPad.  To set up the “DIRECT” mode (to zap the photos directly to your iPad), follow the instructions on their website (click link).

Of course, another nifty thing you can do is email the photos to the patient directly from the iPad.

Oh!  One last thing!  Make sure your camera is compatible with this Wi-Fi card by clicking here for the list.

Let’s see how this all works in real time!

Pardon the amateurish videography and editing.  I did this at the end of a busy afternoon before running out the door to go home.