Lightning Strikes – Can we prevent it?

Posted on October 6, 2017 by The Dental Warrior 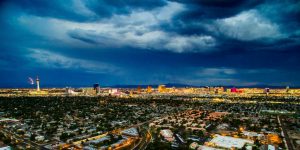 I’ve been a busy guy over on Facebook, as I cannot help being drawn into discussions about firearms, most recently stemming from the incident in Las Vegas.  As many of my readers and friends know, I am a firearms enthusiast.  But, just as I am a nerdy dentist, I’m a nerdy gun guy, too.  I don’t simply “like” firearms.  I have dived deep into the pool of firearms knowledge.  I have not come to my positions casually, nor do I take the subject lightly.  I have spent hundreds, if not thousands, of hours studying the topics of firearms, firearms use / marksmanship, defensive use of firearms, ballistics, and firearms laws.  I have also studied books on violent crime and situational awareness.

But, this article isn’t about guns.  Really.  Stay with me.  Read on.

I will not claim to be an “expert among experts.”  Hardly.  I am way down the totem pole of real experts.  But, in a room of “normal” people, I dare suggest I have a bit more knowledge than the rest.   😉   Besides having read dozens of books by the most recognized experts in the field, I am…

So, when I see or hear pure unadulterated bullshit about firearms… I’m talking completely incorrect statements of “fact,” I cannot help chiming in to set the record straight.  Though, I have found that no amount of facts can compete with emotionally-based positions.  No amount of credentials can counter celebrity or popular opinion.  And, again… this article… not about guns.  We shouldn’t be talking about guns.  Read on!

We all want the same thing.

I understand that these violent incidents, perpetrated by suicidal sociopaths hell-bent on taking as many innocents with them as possible, are VERY disturbing.  It’s safe to say that ALL of us, regardless of political inclinations, are compelled to seek solutions to prevent or mitigate these crimes.  It’s very emotional to see it happen before our eyes on streaming video. 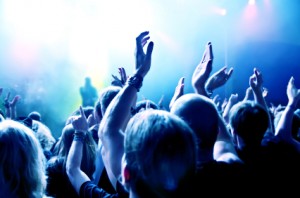 It’s scary to think we may not be safe at a concert, mall, movie, or other enjoyable activities outside our homes.  Consequently, we tend to react in knee-jerk fashion, desperate to point our fingers at something.  We “HAVE to do SOMETHING.”  We need to make something against the law, so people can’t do this.  “Doing SOMETHING is better than doing nothing.”  No, it’s not.  “I have a ‘right’ to feel safe.”  (No.  You don’t.)

We are each our own “first responders.”  The police and fire-rescue are SECONDARY responders.  We are responsible for our own safety.  And, a little knowledge will go a long way.  Stay with me!

Upon reflection, a rational person realizes that no amount of legislation will stop a suicidal person from doing suicidal things and going to extremes to take others with him.  No law will stop that man.  The methods by which he can exact his rage on innocents is limited only by his imagination.  Guns.  Trucks.  Planes.  Knives.  Improvised explosives.  He certainly won’t be stopped by a law.  It is akin to thinking you can stop lightning from striking by legislating it.

Banning a solid plastic gizmo, that does NOTHING that a shooter can’t do with his bare hands, is a pointless gesture.  It’s actually worse than “doing nothing,” because it distracts us from doing something that WILL help.  As a “firearms expert,” I can tell you that ANY semi-auto firearm can be “bump-fired” (fired at a high rate by using the recoil to aid in quickly resetting the trigger) without any gizmo.  There are a few methods to do it, including simply passing your finger through the trigger guard and hooking it on your pants belt-loop.  Again… no bump-stock needed.  No accessories at all.  Just your finger and a knowledge of Physics.  They can’t ban fingers and Physics, eh?

But, again… this article isn’t about guns.  Here we go…

Lightning is gonna be lightning. 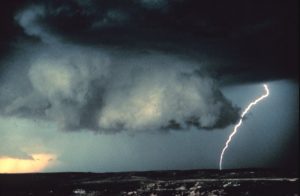 You wanna do SOMEthing?

So, I propose a two-pronged approach that would arguably save far more lives than the mindless gesture / feel-good legislation of indiscriminately banning various inanimate objects.  Smug ignorance wrapped in vacuous virtue-signaling will save NO ONE.  OK.  Here we go!  Two simple suggestions!  They require neither legislation nor the use of guns.

This can easily be done via Public Service Announcements and leveraging all media to advance this knowledge, just as we have done with fire safety, dangers of smoking, water safety, impaired driving, etc. 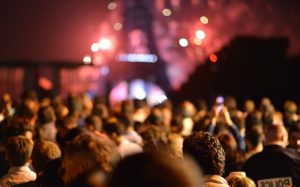 When you enter any public space, whether it is a restaurant, a concert venue, a convention hall, retail establishment, or any other public space… Where are the exits?  How can we get out of here, quickly?  Where are the marked exits (doors)?  Where might there be unmarked exits (restaurant kitchens always have an exit)?  Where could we CREATE an unconventional exit (break a window)?  Survival is a simple science.

Trust your spidey senses.  Does something or somebody not “seem right?”  Use your Situational Awareness.  Look around.  Scan.  You don’t have to be “paranoid.”  Just be aware.  Every once in a while, scan the area and people around you.  Keep having fun.  Keep doing what you’re doing.  Just don’t be oblivious.  Oh… you can put your goddamned phone away.  😡

When you hear “Bang!  Bang!  Bang!”  It’s NOT fucking fireworks, folks!  Unless you’re at a Fourth of July show… IT’S.  NOT.  FIREWORKS.  You need to mentally condition yourself to assume it’s BAD NEWS.  And, your reaction should be to MOVE!  MOVE!  MOVE!  You can precondition your brain to react instinctively to such cues.

If you can find cover (solid structures like a brick wall, car engine or axle / wheel, metal structure or appliance, etc) that’s good.  But, be prepared to move again.  Otherwise, get your ass out of there and keep running until you either collapse from exhaustion or reach the state line!  If it turns out to be a false alarm, you risk only a little embarrassment.  I’d rather be alive and embarrassed than potentially dead or severely injured.

Do not “prairie dog” to see what’s going on.  Do NOT whip out your phone camera in hopes of attaining your 15 minutes of viral fame on Youtube.  GTFO!  Get the fuck out!  Do not “get down” face-down on the ground, making yourself a STATIONARY target.  This seems to be conventional wisdom borne of Hollywood movies.

I’ll say it one more time:  MOVE!  A moving target is less likely to get hit.  In recent years, I’ve watched videos of violent incidents like this one in Las Vegas and the airport shooting in Fort Lauderdale.  I’m STUNNED at how many people either stand in there frozen, or walk around aimlessly… completely unaware of, or in denial of, what is happening.  You need to rehearse these things in your mind.  “What would I do if ______?”  “Where would I go / run if ______?”  Do it over and over.  Practice it when you walk into a place or arrive at a venue. 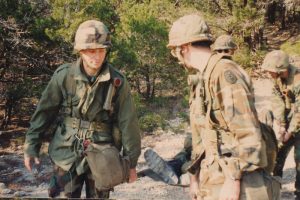 That’s me on the left. We are carrying a “litter” (stretcher with patient) through an obstacle course at Camp Bullis in Texas. Combat Casualty Care Course.

Many lives can be saved with prompt first aid treatment.  Most deaths in these situations are either breathing or bleeding issues.  Emergency room doctors talk about the “Golden Hour” to save a life.  Out in the “field,” with a hit to a major artery, we’ve got a Golden MINUTE.  If you know how to PROPERLY apply a tourniquet, you can save a life.

As a dentist in the Navy, I had to take the ATLS / “C4” course (Advanced Trauma Life Support / Combat Casualty Care Course).  This was an EIGHT-DAY advanced course for medical professionals that included emergency surgical interventions for combat-related trauma and even how to deal with chemical, biological, and nuclear weapon casualties.  In the case of combat, military dentists become first line trauma surgeons. 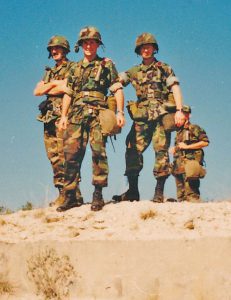 Me, front and center. King(s) of the Hill! At C4 course at Camp Bullis and Fort Sam Houston in Texas. Circa 1989.

Well, that was in 1989, and I have been fortunate enough to never need to use those skills.  I need a refresher (on a more basic level).  You don’t have to be a medical professional to take a “tactical first aid” course.  They are offered all over the country.

In the spirit of “doing something” PRODUCTIVE and EFFECTIVE, I am committing myself to finding such a course (civilian version) and taking it as soon as possible.  I will then equip myself with the requisite “trauma first aid kits” to have at my disposal.  I hope to never use them.  And, chances are I won’t.  The probabilities are quite low.  But, the stakes are high.  Imagine if, in a crowd of 10,000 people with mass casualties, there were 100 people trained to stop massive bleeding on the spot.  If just ONE percent of the population knew how to properly apply a tourniquet, how many lives might be saved in such an unfortunate situation?  It just makes sense.  Be a one-percenter!

To recap:  I propose that these two actions (Situational Awareness and First Aid) would undoubtedly save lives… far more than banning silly gizmos that frighten people who know nothing about them.  Criminals don’t abide by laws, anyway.  Rather than FEEL like “we did something,” how about YOU actually DO something TANGIBLE for the greater good AND your OWN good.  The life you save may be your own or your family.

Let’s not divert our focus, mental energies, and legislative and law enforcement resources on banning objects.  Rather, let’s do something truly tangible about “lightning strikes.”  We know lightning can strike.  Banning “electricity” is an empty and ineffective gesture.  We can be aware and recognize lightning.  We can observe the environment where lightning is more likely to strike.  We can’t stop it preemptively.  But, we can surely avoid getting struck, and we can learn how to effectively manage casualties caused by lightning.

I submit that this two-step proposal is virtually unassailable and irrefutable.  It just makes sense.  It doesn’t infringe on anyone’s Rights.  It doesn’t penalize law-abiding citizens.  It’s a true grass roots approach that costs little and virtually eliminates government involvement.   It would undoubtedly save lives.  Many lives.

Check out some of the links embedded in this article (to read similar articles I’ve written).  Feel free to comment below!

19 Responses to Lightning Strikes – Can we prevent it?