Speed Is Life. ACTION Is Life. 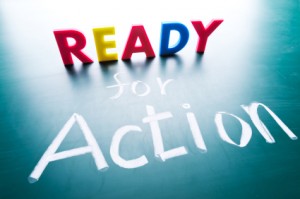 Watch this video (below) of an armed robber on a Seattle bus.  While the last half of the video is the most pertinent, notice how the robber goes about his business in the back of the bus UNNOTICED… until he’s noticed towards the front of the bus.  The last man he confronts acts decisively and instinctively.  The bad guy surely did not expect it.

The same can be said about business decisions in our dental practices.  Many of us, myself included, suffer from a syndrome known as, “Ready… aim… aim… aim… aim… think about it…. aim some more.” 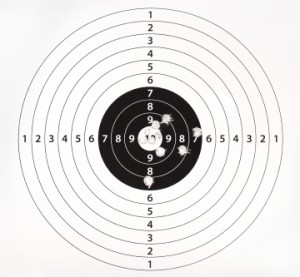 Many of the most successful people subscribe to “Ready, Fire, Aim.”  The man on the bus went straight to “fire,” so to speak.  Or, perhaps, he made himself “Ready” a long time ago?  Have you run through scenarios in your head?  Have you thought, “What would I do if _________?”  As soon as he saw danger, he took ACTION.  Mind you… he was oblivious up to that point.  And, could argue that “luck” played a role.  Any self-defense expert will tell you that “explosive action” can be critical to surviving a dangerous encounter with a criminal.  No doubt, this criminal did not expect this reaction.  That worked to the victim’s advantage.

But, today, the rote advice from our “leaders” is, “don’t resist… do what the bad guy asks… your wallet isn’t worth your life,” and so on.  Well, that advice isn’t totally without merit.  It’s true that your wallet isn’t worth your life.  I think we’d all agree on that.  But, here’s the thing…  How do you know that’s ALL the bad guy wants?  These days, criminals are often on drugs and have no sense of the value of a life.  Often when victims comply, they end up hurt or dead anyway.  There are MANY such cases.

Of course, each situation is different.  And, you may have to make a (very quick) decision on the intent of the bad guy.  How good is your ability to “read” people? 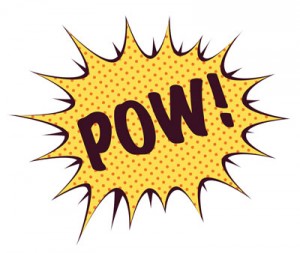 The Seattle bus-rider didn’t even think or take time to “read” the perp.  He just ACTED.  Could it have ended badly?  Sure.  Was it the “right” decision?  That can be argued a number of ways.  The bottom line is that it ended well… for the bus riding citizens.

If your instincts, business or otherwise, have been dulled by today’s “pussified” culture, consider reawakening them.  Be a contrarian.  It may save your life.  It may save your business.  Dentists tend to worry about what other dentists will think or what other dentists are doing (or not doing).  Listen to your inner “caveman.”  Listen to your inner “Dental Warrior.”

2 Responses to Speed Is Life. ACTION Is Life.