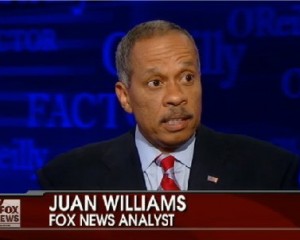 I just came across an article about auto theft with the victim being the wife of a Fox News commentator, Juan Williams.

Williams is known for his beliefs that Americans should not be able to keep and bear arms.  He’s “anti-gun.”  And, that’s fine.  He’s free to believe that, as wrong as he is.

A liberal is a conservative who hasn’t been mugged, yet. 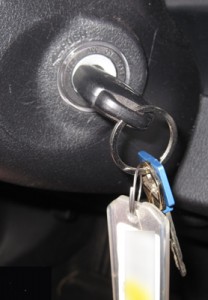 Don’t leave your key’s in the car while fueling up at the gas station!

Well, his wife was at a gas station and while putting her credit card into the pump, a thief jumped into her car and drove away.  Presumably, she foolishly left the key in the ignition.  DUH!

But, according to an interview with Juan Williams, he said that his wife remarked, “I wish I had a gun.”  Oh, really?  Never mind that she could not have legally used a gun in this scenario.  The use of lethal force is limited to protecting / defending LIFE (not a car) in most states.

Having a gun is not a talisman that wards off all crime / criminals.  Nor does it make you an invincible super-hero.  Being situationally aware is paramount.  Mrs. Williams wasn’t.  She should have said, “I wish I was smarter (and didn’t leave my keys in the car).”

While her comment may seem the casual retaliatory remark of an angry and embarrassed victim, I think it goes much deeper and may very well be intentionally repeated / used by her husband, the Fox News personality.  I think his wife’s comment (and his own use of it) reflect a profound misunderstanding… OR…. perhaps intentionally and insidiously advancing the anti-2A agenda.  By repeating his wife’s comment that she “wishes she had a gun,” he’s PROJECTING that “wish” on legal gun-owners.  The implication is that people who lawfully carry guns “wish” to have the opportunity to use their guns in situations that do not merit their use.  Had she had a gun and fired it at the fleeing car thief, she’d be in jail.

Personally, I would appreciate it if those that are opposed to my 2nd Amendment Rights would refrain from projecting their own admitted inability to control their emotions and actions on me.  We are not like you.  But, it’s good that you know your OWN limitations. 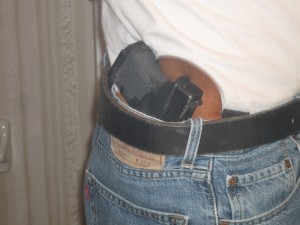 The truth is that law-abiding citizens who exercise their 2nd Amendment Right are not “wishing” nor looking for a reason to use their guns (other than recreationally).  Most actually go to great lengths to avoid dangerous situations.

Having a fire extinguisher doesn’t prevent fires.  Nor does owning one indicate a wish for a fire to break out.

Those who have taken on the responsibility of their own safety and decided to own / carry a gun are obligated to know their own state’s laws.  You better know those laws, COLD.  And, if you’re like the vast majority of gun owners, you’ve become acutely aware of the potential for escalation of disputes or altercations.  So, you AVOID them altogether.  The best way to avoid them is to be situationally aware.Be safe.  Stay safe.  Be aware.  Don’t leave your keys in the car!