Why You Shouldn’t Listen to Bad Advice on Self-defense

Even from the Vice-president!

I had to post this, because I think it’s vitally important to refute bad advice, even from an “authority” figure.

Yesterday, the Vice-president was on a Facebook forum video (sponsored by Parenting Magazine) answering questions about “gun control.”  Without further ado, I will let you watch this clip and listen to his “advice” about home defense.  Below the video, I will address the very serious issues with his comments.

Let’s break it down!  (piece-by-piece)

OK… Never mind his dismissive laugh before he declares that he’s delighted answer the question.  Never mind that he was so distracted by his own laughter, that he had to ask for the question to be repeated.  Biden’s comments, in bold italics, are followed by my response.

“Kate, if you want to protect yourself, get a double-barrel shotgun.”

A double-barrel shotgun is NOT a good choice for a home defense gun for a number of reasons.  The first reason is that it has a capacity of only two rounds. 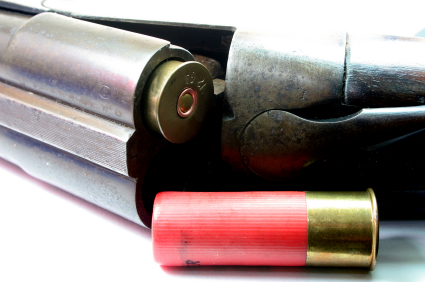 Try reloading a double barrel shotgun with your hands shaking like leaves in the wind after an adrenaline dump!

“Have the shells of 12-gauge shotgun.”

I honestly have no idea what this means.  Have them?  Just the shells?  Where?  This is an incoherent, disjointed, and incomplete sentence / thought.  But, he’s just getting started with the stammering vacuous fragments! 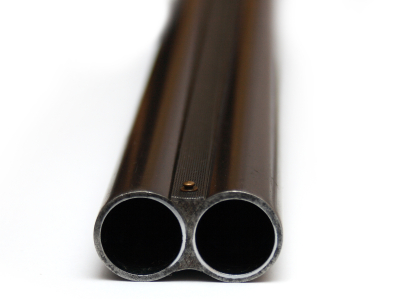 The business end of a double barrel shotgun looks intimidating and makes for good Hollywood scenes. But, your job is to save your life and stop an attacker… not “scare” him. Why limit yourself to 2 shots?   Or NO shots… if you follow the VP’s advice to fire randomly into the air?

“And, I PROMISE you, as I told my wife… (snip) Jill, if there’s ever a problem, just walk out on the balcony… Put that double-barrel shotgun (where??)…  Fire two blasts outside the house… ”  (Again with the rambling incomplete sentences) 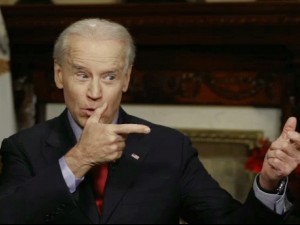 Firing two “blasts” into the air, ground, wherever…  is not only horrifically misguided advice, it’s ILLEGAL.  It’s reckless.  It’s tactically moronic.  First of all, “warning shots” are illegal in most jurisdictions. You can and will be arrested for doing it.  Warning shots are Hollywood mythology.

Thirdly, by firing and wasting the ONLY TWO ROUNDS you have in your magical double-barrel shotgun, you have just expended the only two precious rounds you had at your disposal.  You are now holding a rather ineffective CLUB.  You have just made yourself relatively defenseless against an intruder or attacker.  This advice could literally get you beat up, raped, or murdered.

“I promise you whoever’s [sic] coming in…”

Yes?  Don’t leave us hanging!  What will happen?  He’s so overwhelmed with his utter incompetence and simultaneous desire to advance his agenda to disarm American citizens, that he rambles nearly incoherently, barely able to complete some of his sentences.

The AR-15 is the most popular rifle in America.

Any long gun has some disadvantages in close-quarters home defense.  But, he begins here with his agenda to demonize and single out the AR-15,which functions identically to any other semi-auto rifle.

He claims it’s harder to aim.  I believe this may be based on the belief that shotguns are magical and don’t need to be aimed.  It’s not true.  Shotgun rounds have multiple projectiles that DO spread out.  But, at the distances most likely to be in play in a home self-defense scenario, the shot spread will be minimal.  You WILL have to aim it.  You CAN miss!

An AR-15 is NOT “harder to use” than a shotgun.  It’s actually quite simple… just like any other semi-auto rifle.  It is worth mentioning that a double-barrel 12-gauge shotgun will have significantly more RECOIL than an AR-15, making the SHOTGUN “harder to use.”  The shotgun will also be heavier and likely longer than an AR-15.  The AR-15 is lighter, shorter, easier to maneuver, and has less recoil (kick) than the 12-gauge shotgun.

I could argue that the AR-15 is EASIER to operate (and possibly more effective in the hands of many) in a defensive situation than a double-barrel shotgun.

“And, in fact, you don’t need 30 rounds to protect yourself.”

This is simply a bullshit statement.  Need?  In a self-defense situation, I need as many rounds as it takes to STOP THE THREAT.  It might take one shot.  It might take three.  It might take twenty.  The reality is that I “need” as many as it takes, not some arbitrary number determined by the likes of Joe Biden who has demonstrated an abject and willful ignorance on the subject.

How many rounds do you need?  Ideally… an unlimited supply, truth be told.  I don’t want to have only ten rounds on tap, when I discover I need eleven.   I don’t want be limited to 29 rounds, when I needed #30.  The scariest noise you can hear from a gun is a “CLICK” when you expected and NEEDED a “BANG!”

The arrogance and ignorance of the anti-liberty gang is on full display when they arbitrarily determine a number of rounds citizens “need” to defend themselves.

He says it twice, seemingly to emphasize the magical qualities of a shotgun as the best defense weapon.  Shotguns DO have a place in the spectrum of defensive weapons.  But, I dare suggest a semi-auto or pump-action shotgun with more than a two-round capacity.  Any gun is better than none.  But, if you’re going to buy a gun specifically for defense purposes, a double-barrel shotgun would be at the bottom of the list, right next to a single-shot shotgun.  There are a number of types of guns that can work in self-defense.  But, the double-barrel shotgun would not be one any defense expert would recommend.

I’m certainly not arguing that an AR-15 is the ideal home defense gun.  However, I will say that it DOES occupy a worthy place in the spectrum of contenders.  There is no “ideal” gun.  They all offer advantages and disadvantages.

Finally, I will conclude that Joe Biden’s advice should be categorically ignored and can be wholly refuted.  It’s not just questionable advice.  It’s provably very DANGEROUS advice.

It seems that after Joe Biden screws the pooch on self-defense, even when given an opportunity to redeem himself, he digs the hole deeper.  In an interview with the magazine, “Field & Stream,” he recommends firing a shotgun THROUGH the door, if you suspect intruders.  You can’t make this shit up!  Bear in mind that a certain famous South African did exactly that, which resulted in the death of his girlfriend.

This just in… Joe Biden told Field & Stream that to keep intruders away you should fire the shotgun THROUGH the door!

He’s wrong on both counts.  He’s a typical liberal who repeats lies in order to make them more believable.  Sadly many of them ARE believed by the sheeple.

What’s truly maddening is that morons like Joe Biden, who know NOTHING about handling guns, presume to tell me what I should do and make judgements about my ability to do so!

Every single thing Biden stammers through in this video is easily refuted.  Once again, he’s so intellectually impaired, he can’t articulate a complete sentence.  He speaks in fragments.  And, he is LYING OUT HIS ASS.  Well… Either Crazy Joe is truly and abjectly stupid on this topic.  OR, he DOES know better and is leveraging his “status” to get useful idiots and sheeple to support his tyrannical agenda.

I don’t think this video snippet could be more appropriate in response to Biden’s “advice.”