Knock off the “Knockout Game!” 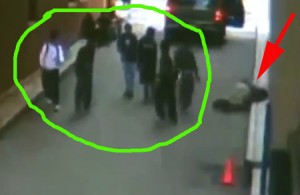 These sub-human, mentally-defective pieces of shit should be brought up on attempted murder and murder (in those cases that end that way).  How’s that for an opening sentence?   Watch the news clip video below.  This “game” is actually not new.  But, for some reason it’s suddenly getting more play in the media.  This is truly disgusting.

The victims shouldn’t have been surprised.

But, there’s a lesson to be learned here.  I’ve often talked about situational awareness.  The teacher (victim) in the first surveillance video clip should have seen it coming.  There are SIX perps walking slowly (and without obvious purpose or direction) in the teacher’s general direction.  They are effectively lying in wait.  As they get closer, a few of them actually start to move over (directly towards the teacher).  There are red flags flying from the “git go.”  These guys are up to NO GOOD.

Worse… the “enlightened” teacher (who would surely not dare “profile” this group of choir boys) has BOTH hands occupied.  One is carrying a briefcase.  The other is carrying something else.  I can’t tell from the video, but I’d bet his eyes were averted.  He’s a SITTING DUCK.  And, he has no chance of defending himself.  And, it’s his own fault.  Sorry if I sound crass, but this guy is either oblivious or just naive.  He’s in “Condition White” even as he’s being approached by SIX thugs.

Profiling can be proactive.

It’s worth noting that there IS a racial component to these attacks that are referred to as a “game.”  If one is to look at the news reports of these attacks, they are perpetrated by one particular demographic against another.  I’ll let you do the math.  It’s not “racist” to point that out.  It’s racist to ignore and deny it, in my opinion.  It is what it is.

Another surveillance video in the news story shows a woman blindsided from behind.  I doubt the approach was a silent one.  I think she DID hear the footsteps, as she put her hand on her purse shoulder strap as he approached.  But, she didn’t turn around or move away.  You can usually hear footsteps behind you, especially when the perp is running or moving quickly.  If something doesn’t look or sound right… it isn’t.  It’s time to ACT.  If it’s a false alarm, so be it.  But, if you let your desire to claim some twisted moral high ground cloud your hard-wired-from-caveman-days-but-still-useful instinct for survival… well… you might not… survive.

This very sick “game” can obviously cause grave bodily harm, permanent disability, and even death.  There are cases with each of those outcomes.

The perpetrators of this sick “game” are looking for victims who are not paying attention.  They key to “success” is to blindside the victim.  The only way for a good citizen to avoid being a victim is to not play the “game.” 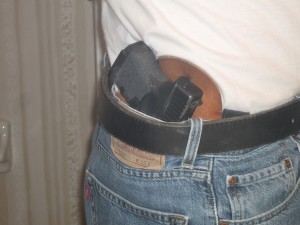 Licensed concealed carry is an option that may be exercised with training, practice, along with some introspective consideration. Can you? Would you?

The key to survival is MOVING.  Well… first you have to be AWARE.  Then at the FIRST opportunity… MOVE YOUR ASS.  Just move in a direction AWAY from the potential threat.   But, do not take your eyes off them.

This is not the time to be politically correct.  This has nothing to do with being “racially tolerant” or to pride yourself on being “enlightened” and not “paranoid.” 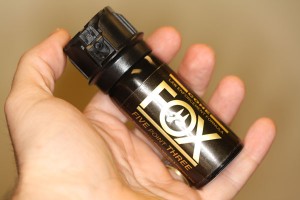 When six bad-ass motherfuckers are sauntering in your direction, that’s NOT GOOD.  Looking away with both your hands otherwise occupied is a BAD idea.

If you are armed, you STILL move.  Getting away (while not losing sight of them) is always the best and first choice.  But, you should at least have one hand on your weapon (could be pepper spray, a firearm, a kubaton, or even a fistful of keys) and the other hand ready for defensive action (and not in your pocket!).  The best outcome is that nothing happens and both parties move on.

Be aware of your surroundings.  Become a student of human and subhuman behavior.  Let these cowards know you’re on to them.  They prey upon unsuspecting victims.  Don’t be one.

Anyone want to speculate about the outcome if any of these thugs try this crap in Texas or Florida, where they are fairly likely to encounter an armed intended victim?

Update:  In this online story about the teacher’s case, it said, “Police say a good way to prevent this from happening to you is to be aware of your surroundings.”  Umm… yeah… that’s what I’ve been saying.  🙂

8 Responses to Knock off the “Knockout Game!”