Posted on September 6, 2011 by The Dental Warrior 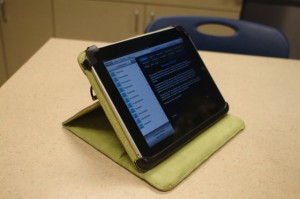 I’ve always been a contrarian.  If everyone is zigging (buying iPads), I’m zagging.  And, I’ve long said that I had no use for an iPad.  I’m a “power user” of computers (PCs).  The iPad simply isn’t capable of fulfilling my needs.  And, I’m not an Apple fan, anyway.  I’ve been using PCs since they were invented.  No need to change.  And, I stand by that today.  Of course, the Apple and iPad fanbois will debate me to no end about how the iPad can replace a laptop.  It’s just not true (for me).

However, I did buy an iPad for my dental practice, specifically so I could use the DDS GP app.  It is a fantastic patient education / demonstration tool.  DDS GP was my first, and still most popular product review on this blog.  I’ve also found the iPad very useful for

immediate download and displaying patient’s intraoral photos.  Images are vivid and sharp.  Zooming and panning are very easy.  It’s an awesome patient education tool.  And, I find that there’s a difference in the patient’s experience HOLDING the image of their tooth in their hands vs. looking at it on a monitor.  They seem to “own” it, when they hold it their hands. 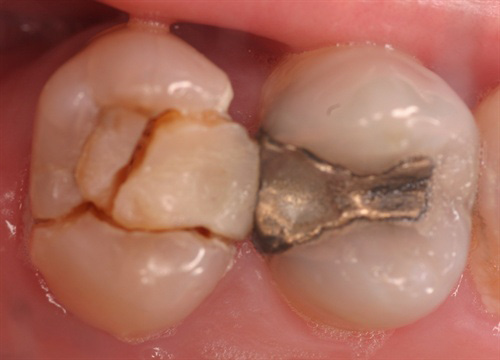 The iPad is excellent in the capacity of showing patients their “Angry Teeth.”  Ouch!

Apple… Hooo!  What is it good for?  Absolutely something… say it again!

Labor Day weekend, my family went to Orlando to take the kids to Sea World and Aquatica.  I always take my beast of a laptop  (17-inch widescreen and full-sized keyboard) everywhere I go.  This time I decided to grab the iPad out of the office and take it, instead.  I thought I’d give it a try for keeping up with my email and online forums while on a long weekend away.  It felt very strange leaving my laptop behind.  I felt strangely light… missing something.

Bear in mind that I am what they call a “power user” when it comes to computers.  I do a LOT of input.  That is… I do plenty of output (reading) like most people, but I also type (input) a LOT.  If you think I talk a lot, you should see how much I type.  I get about 200 emails a day.  I’ve got nearly 20,000 photos at this point.  I blog.  I write books.  I’m active on nearly a dozen online message boards (forums).  My life is on my computer.

Also, I should mention that I am a touch typist.  I was one of only two guys in a classroom full of girls in typing class in 1980.  My friend, Jim, and I knew that we’d be using computers extensively in the future.  But, back then, we got teased and accused of aspiring to be secretaries.  Ha!  The joke’s on them!  I use all my fingers, never look at the keyboard, and I can hit about 70 – 80 words a minute on a full-size computer keyboard.  It was the most useful class I ever took in high school!

The iPad is a fantastic output device.  For reading message boards, watching videos, emails, and looking at photos, the iPad is a joy.  I don’t like being limited to only 9 websites open at once, though.  I typically have more than that.  The images on the screen are razor sharp.  However, I will also say that after a few hours, the screen does fatigue my eyes more than any other device I’ve used.

For input, I’d say the iPad doesn’t suck as badly as a smart phone, but it’s a close second.  It sucks. 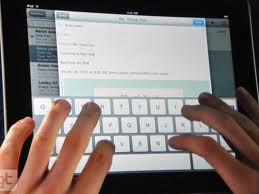 If you’re a two-fingered, look-at-the-keyboard typist, then you probably don’t see much difference.  But, for a power-user, the iPad is grossly insufficient.  It’s OK for an occasional email or writing a few short messages.  But, it’s a toy compared to a real computer.  Cutting, pasting, inserting photos into text, blogging, and extensive writing are onerous chores on the iPad. 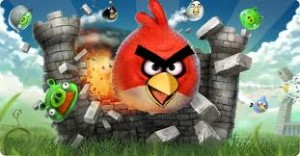 But, while in the hotel in Orlando, my kids asked me if I could put the game “Angry Birds” on my iPad.  I initially resisted, but then realized it would keep them busy and happy.  And, when you’re throwing money around like it’s water during a flood (vacationing in Orlando), $5 for a game is nothing.  So, I downloaded it.  The kids were elated.

Finally, they went to bed, and I decided to see what the big deal was about “Angry Birds.”  Everyone raves about this game.  I’ll just poke around in it and see.  That was about 9.30 pm.  About 1:00 am, I finally quit.  Addictive!  It’s a SILLY game.  It’s a SIMPLE game.  But, I think it’s deceptively simple.

Newton… Apple (falling from the tree)…. Birds… Hmmmm.  I believe “Angry Birds” is far more sophisticated than meets the eye.  I’m a science nerd, and while the silly little birds and sound effects made me giggle, I couldn’t help notice that this was a lesson in Physics.  It really is an exercise in Newton’s Laws of Motion.  And, it is very true to those laws.  I think the programming behind this app is VERY sophisticated.  Watching the realism of the trajectories, the actions (projectiles hitting targets), and reactions (the way the structures collapse) is impressive.

Or more easily understood as:
An object that is at rest will stay at rest unless an unbalanced force acts upon it. 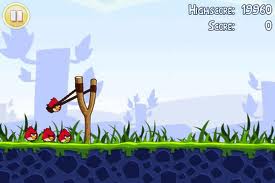 Flinging these bird “projectiles” from a slingshot and hitting a stationary structure demonstrates this law perfectly.  Studying the design of the structures at each level in Angry Birds helps identify the weak spots.  Hitting those “chinks in the armor” with enough force causes a cascade or “domino effect” of motion.  And, that brings in Newton’s 2nd Law: 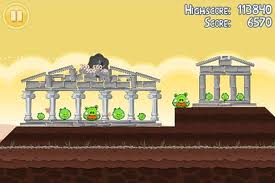 To every action there is always an equal and opposite reaction: or the forces of two bodies on each other are always equal and are directed in opposite directions.

Science is fun!  Everything is Physics, and Physics is everything. It was my favorite science in high school and college (even though I majored in Zoology). 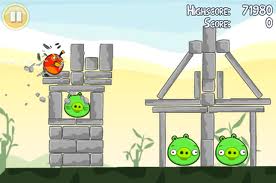 The fun part is figuring out the individual properties of the various types of birds.  Imagine differently sized cannon balls.  Knowing what’s in your arsenal and then identifying and hitting the weak points of the structure is the key to victory.

The beauty of this game is that it is addictive. 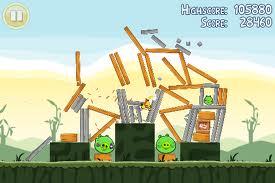 I’m determined to knock that structure down and get those little green pig-men!!  It’s difficult to concede defeat, and it encourages you to keep trying again and again.  Once you succeed at one level, you can’t wait to see what the next one is like.

Again, if you understand Physics and Newton’s Laws, the level of detail in this program is really quite stunning.  Five bucks!!  Brilliant!  So, it seems I found another good use for an iPad!

UPDATE:  Click here to see a really cool (wireless) way to send photos from your digital camera directly to your iPad (for patient education).  It’s awesome!