Which came first? Tongue thrust? Or the spaces?

Invariably, when I post a photo of a diastema case on a dental group, the usual suspects come out of the woodwork to explain why the spaces are there.  Usually, it’s the “myofunctional therapy” and “dental sleep apnea” fanbois and girls.

If the only tool you have is a hammer, everything looks like a nail.

Oftentimes, from a single photo, they’ll make the call.  “The patient obviously has tongue thrust and needs myofunctional therapy!”  I posted the following case on some dental social media groups and got exactly that.

This patient drove 180 miles and likely passed 2,000 dentists on the way… to come see me.  Her chief complaint was the gaps between her teeth.  She’s a model.  She’s had orthodontics TWICE. 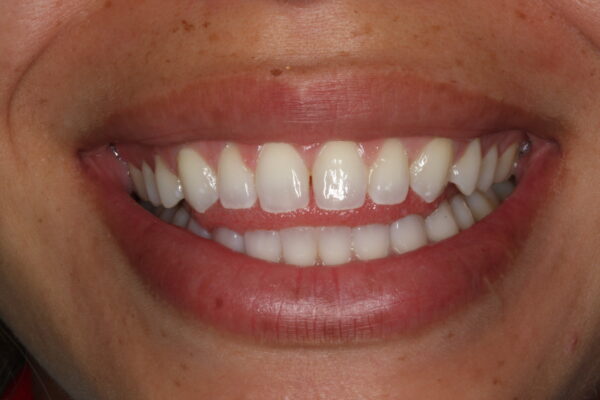 Sure enough, the tongue is pressed FIRMLY up against the teeth in this pre-operative photo.  It’s GOTTA be the dreaded tongue thrust that caused the spaces, riiiiiiiiiiiiiight?  Or is it a trick this model learned to try to hide the spaces?  Hmmmm?

The patient declined the option of veneers.  She wanted something as minimally invasive as possible.  She had seen my “bonding” photos on my website, which is why she drove over 2 hours to see me.  The case was scheduled.  I had recommended doing at least the front six teeth.  She wanted to do only four. 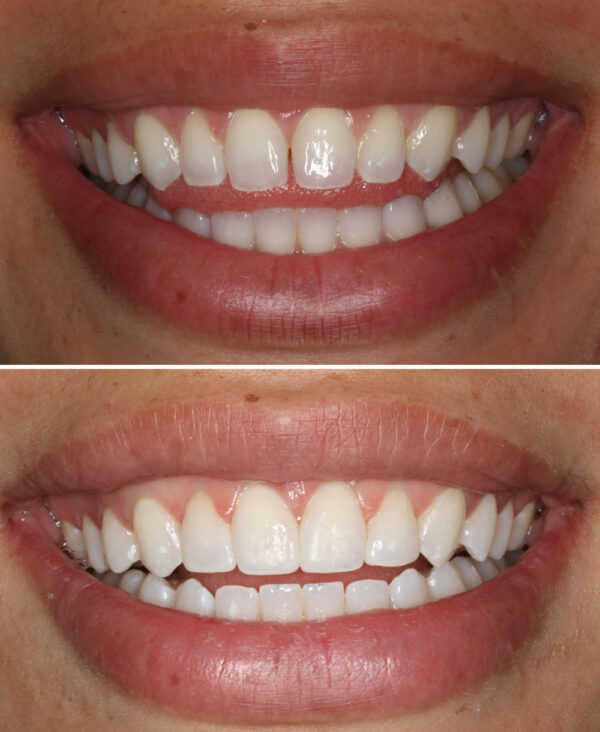 So, that’s what we did… four teeth, lateral to lateral.  Not bad, eh?  I did not touch any enamel with a bur.  ZERO prep.  It was a purely additive procedure.  Free-handed.

Where’s her tongue now?  Honestly, hard to say.  But, it appears to be NOT pressed up against her teeth in the after photo (above).

The patient left VERY happy with the result!  But, she called back a few days later asking if we could lengthen the centrals a bit more.  Sure… come on in and let’s take a look!

She returned last Thursday.  To be sure lengthening the centrals is what she wanted, I did a quick mock-up.  Turns out… about a 1/2-mm increase in length did the trick.  So, I flicked off the mock-up of #9 and left the mock-up on #8 (see below).  This way I could use the mock-up on #8 as a guide to do the “permanent” addition to #9.  Smarter than the average bear, I am! 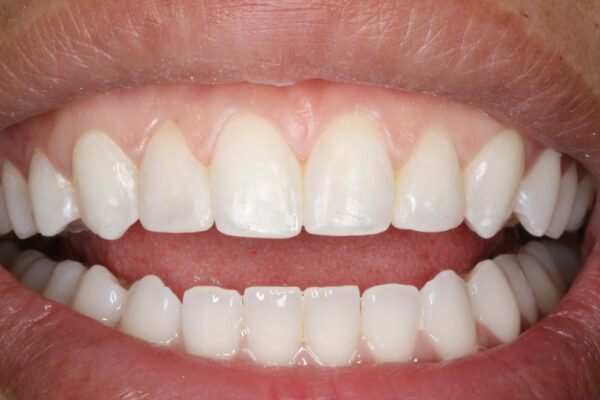 After adding to #9, I flicked off the mock-up on #8 and did that addition (see below).  She had also asked for a deeper incisal embrasure between 8 and 9.  Done and done! 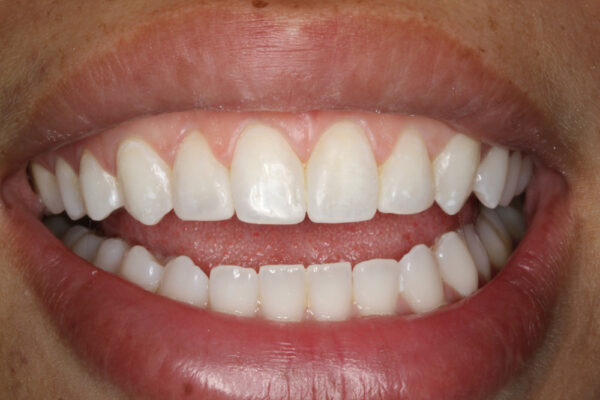 Here’s the Before, After, and 2nd After:
(look at the tongue!) 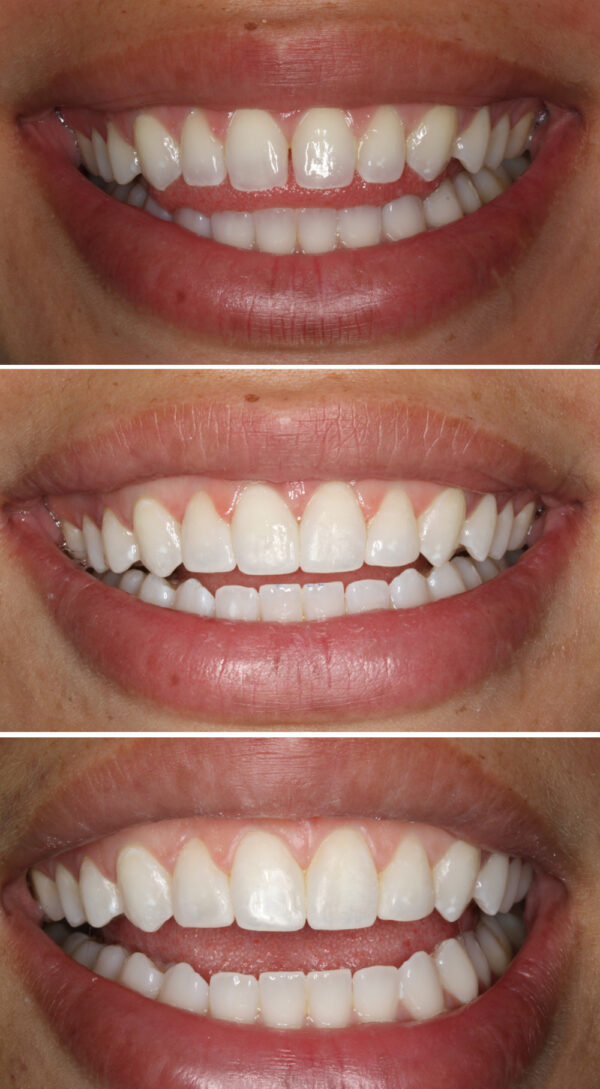 Look at the tongue in the 2nd After.  At this point, she’d had a few weeks to get used to NOT having spaces and NOT having to try to camouflage them by pressing her tongue up to fill the spaces.

I asked her if anyone noticed the change in her smile.  She told me that her friends just noticed (and mentioned) she was smiling a lot more.  Now she wants to do a bit of additive reshaping of the canines and 1st premolars.

previous post Your Most Valuable Asset: Your Brand
next post It's a Plandemic! Do you know where your ammo is?