How to Not Die at an ATM 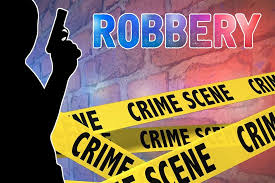 I’ve had this article queued up for quite a while.  A local news story about an ATM robbery inspired it about a year ago.  But, I’ve been sitting on the article.  I’m finally getting around to publishing it, after seeing a hoax meme on Facebook for the umpteenth time.

Famed bank robber, Willie Sutton, was misreported as saying, “Because that’s where the money is,” when asked why he robbed banks.  He didn’t ever say that to a reporter.  But, he later authored a book, “Where the Money Was.”

Today, people withdrawing from ATMs are “where the money is,” and accordingly, obvious targets.  A lot of people using ATMs are in “Condition White,” oblivious to what is going on around them.

Top Ten Ways to Not Die at the ATM

My Top Ten best defenses against being mugged (or worse) at an ATM are:
(These are my own opinions.  Your mileage may vary.)

1. Be situationally aware. Put away your freakin’ cell phone.  Look around.  See anyone just hanging around?  Anyone watching you?  Anyone look like they don’t belong?  Yes?  Don’t stick around.  Get your cash later!

3. When using a drive-up ATM, pull your car SUPER close to the machine.  Approach slowly and maneuver your car within a couple of inches of the machine (watch your sideview mirror), so a person cannot get between your car and the ATM.
4. At the drive-up ATM, do NOT put your car in “Park.”  Keep it in “Drive,” in case you need to…. DRIVE your ass out of there quickly.  Also, putting your car in “Park” automatically unlocks the doors in many of today’s models.  Not good.  Keep the doors locked (and the car in “Drive”).

5. At the drive-up ATM, have your card ready to go before you get there.  Don’t be digging around in your purse or wallet for it with your head down… sitting duck.
6. At the drive-up ATM, scan your mirrors.  Be situationally aware.  If someone starts to approach on foot…  GTFO (get the **** out of there)!  If that person tries to block you by standing in front of the car….  run his ass over!  I’m completely serious.  Your car is an excellent defensive weapon.

7. If at a walk-up ATM, best to have a friend / companion to watch your back by literally standing at your back.  If alone, keep your head on a swivel and use the mirror on the ATM to be situationally aware.
8. Be ready to RUN or drive away.  Don’t trust ANYONE approaching you.  Anyone who isn’t a criminal knows the etiquette of not approaching someone at an ATM.   If someone is making a bee-line towards you, GET THE FUCK OUT (GTFO).

9. Do not stand / stick around counting your money…. sitting duck.  When was never-the-last-time you got the wrong amount from an ATM?  Once you’ve got your cash, move your ass.

10.  Don’t believe social media memes that tell you to put your PIN number in backwards to “alert police and take pictures of the bad guy.”  Don’t base your personal security measures on memes (which are 100% false).  Ever.  Bonus social media hoax:  No…. wasp spray isn’t a substitute for pepper spray!

Here’s an example of exactly what NOT to do at the ATM.  Notice this victim taking WAY too long and looking down into her purse multiple times, completely unaware of her surroundings and the bad guy approaching.  Then… good God… she gets out of the car and complies with his order to get in the trunk.  At this point, she’s as good as dead.  I literally gasped when I saw that.  Sorry to be blunt, but it’s the truth.  If you go WITH the bad guy, your chances of coming out of it alive are near zero.  ESCAPE is always the first option!  The car is in “Drive,” right?  Hit the fucking gas!  Even if he has a gun.  GO!

She reportedly later escaped unharmed.  She was LUCKY.  Very lucky.

Edit to add today’s news story (3/29/18):  A man died as the result of being robbed and shot at an ATM in Miami.  Damn.  You can see in the video that he SAW THE BAD GUY COMING.  Yet, he didn’t GTFO!  Trust your instincts!  MOVE!  Don’t stick around.  Please.  JUST GO as SOON as you see ANYTHING even REMOTELY SUSPICIOUS!
He throws the money down, and after the bad guy picks it up and makes a run for it, decides to lunge after him.  Another mistake.  Bad guy turns and shoots him… fatally.  If the bad guy is leaving, do NOT re-engage.  Ever.  Even if you are armed.  If you re-engage, and are armed, and shoot the bad guy, it will NOT be considered self-defense.  In any case… do NOT re-engage!  Let the money, cell phone, car, jewelry, etc… go.  Let it and him… go!
(No worries… the video stops before the victim is shot.)

Update 10/19/18:  I just came across this news story about an attempted robbery at an ATM in Orlando, FL.  The driver either didn’t see the bad guy coming up to her window, or she didn’t react quickly enough.  Watch the video:

I have to say that I don’t think I’ve ever seen a more abject lack of “situational awareness” than this one.  She had MULTIPLE opportunities to spot this bad guy and simply DRIVE AWAY.  But, she didn’t.

Again, this is all my own opinion.  It is not intended to be instructional or legal advice.

6 Responses to How to Not Die at an ATM