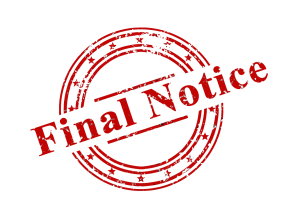 Last Thursday, I got a text from my office manager while I was at the airport going on vacation with my family.  She got a call at the office from a power company representative saying our power bill was 2 months overdue, and I needed to make a payment by 5 pm today, or they’ll shut off the power.  I was boarding my flight in just a few minutes.  “Ain’t nobody got time for dat!”  I told her I’d have to get back to her.  We were literally running to our next flight, as the connection was very tight.

Crap!  I’m on auto-pay!  What happened?  I’m pretty sure I remember payment going through recently.  And, if you’re past due, they usually send you warnings by mail.  We got no such letters.  Hmmm….  something isn’t right.  Plus the total for “2 months” is way higher than what it would normally be for two months. 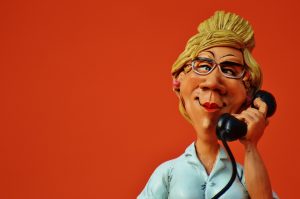 My office manager took the guy’s name and number.  But, then she smartly called the power company via their official number.  Turns out, I’m current on my bill!  Well, YEAH!  Duh!

Shit!  It was a scam!  In my impending vacation panic, I briefly considered giving a CC# to my office manager to take care of it.  But, I didn’t.  After she called the power company, she texted me again (as I sat on the plane ready for takeoff), telling me it was a scam.  Phew!

These scamming mofos probably target small businesses like mine, knowing that the thought of the power being turned off is mortifying.  And, I’d bet some fall for it and give them a CC#.

I’m back from my vacation, and I’m thinking about calling this guy back just to mess with him.  Stay tuned for updates.

Edit to add:  Apparently, this is a “thing!”  Here’s an ambitious “scam baiter” leading one of these guys on… for a long time!  Funny!