Posted on January 1, 2015 by The Dental Warrior 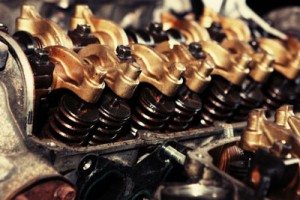 And, now for something completely different on the first day of 2015.  I just LOVE (I really do) blowing widely-held “conventional wisdom” out of the water with FACTS.  I write mostly about dentistry and firearms on this blog.  I’ve written one other article about cars – Tire Safety – before this one.

My wife and I were talking about a friend’s new car (and how proud he is of the fuel efficiency).  He got a Volkswagen Passat with the diesel engine.  A lot of Americans who drive fuel-efficient cars enjoy the bragging rights.  And, that’s OK.  But, some take it to the point of disdain towards those who prefer less efficient cars to serve their purposes.  It’s become a political high-horse to some.  This is not the case with my friend, by the way.

Though I’ve never owned a diesel, based on what I knew about cars, I have long contended that they are a better way to go than the “hybrids” that gained sudden popularity thanks, in part, to Hollywood elites prancing about in their Priuses.  Yeah, that sentence runs on a bit, but breaking it up just wouldn’t have the same impact!

(Edit to add:  Prius owners need not get butt-hurt.  I was having some fun with alliteration while making the point that celebrities played a significant role in the popularization of hybrid cars, and that began with their endorsement of the Prius.  Brilliant marketing!)

If you like your car, you need not justify it.  Enjoy it!  This article is focused only on dissecting the oft-reported economic advantages of driving a diesel or hybrid.

Diesels have long suffered a stigma in the United States.  Many Americans still believe that diesels are the dirty, slow, weak, and noisy smoke machines of the 1970s.  Meanwhile, Audi’s racing team has been winning in the Le Mans Series (endurance racing) for well over a decade… in DIESEL-powered race cars.

Tonight, I got a wild hair and decided to parse the actual economics of diesel and hybrid cars vs their gas-powered counterparts.  I wanted to see if the widely-held belief that hybrids and diesels are more economical in the long run was true.  I’m just weird that way (among others).  I knew that the purchase price of the diesel and hybrid versions of the car would be higher.  I also knew that diesel fuel is priced higher than gasoline on a per gallon basis.  But, that doesn’t mean they cost more in the long run… or does it? 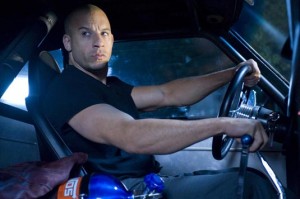 To compare gas vs diesel in the VW Passat, I had to figure out the fuel cost per mile.  Easy enough!  Gas is priced locally (at the moment) at $2.29 / ga.  Diesel at the very same gas station is $2.99 / ga…  Seventy cents more per gallon.  (I seem to remember there was a time when diesel was cheaper than gas.) 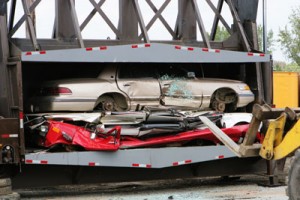 Honestly, I was under the assumption (until now) that it would cost less per mile to drive a diesel.  This was news to me, as of tonight.

If we are optimistic and assume you keep and drive the car for 150,000 miles before getting your next car, you’ll spend a grand total of $450 more in diesel fuel.  No savings, but no biggie, right?  450 bucks over the lifetime of a car isn’t huge.  Mind you… Most Americans are too fickle to keep a car that long.

Now throw in the fact that the purchase price of the diesel Passat is $5,700 more than the gas version.  That’s significant.  And, diesel cars have higher insurance, maintenance, and repair costs.  The bottom line:  Diesel will cost you more, no matter how you slice it… at least in the singular example of the VW Passat.    I encourage you to do the math for any other model you’re considering.

Yet, there are websites that claim diesels are cheaper to own than their gas counterparts.  They claim there is savings in fuel.  But, they don’t “show their work,” and based on today’s fuel prices, it just doesn’t ring true.  I’m showing my work!  Some of them are factoring in depreciation, because reportedly diesels hold their value better.  Do your own math!

Edit to add in 2016:  Recently the price of diesel has dropped to about the same as regular gas.  Do your own math. 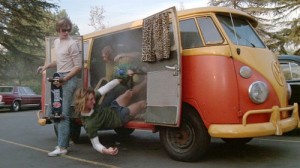 Now let’s look at hybrids.  The conventional wisdom is that driving a hybrid will save the baby seals and automatically confer upon you the status of superior human being.  That’s worth something, right there!  Plus, you get to drive fast in the carpool lane while you smugly thumb your nose at the solo-driving troglodytes stuck in traffic in their global-warming-death-machines!

Again, I think it’s important to compare the same model car in the two engine configurations.  For this example, I chose the Honda Accord.

Alrighty then!  We’re talking about a 1.4¢ per mile savings with the hybrid!  Woohoo!  But, wait!  There’s more!  Or, not.  The base hybrid Accord will cost you $7,200 more to purchase than the base gas version.  Yowza!  They’re awfully proud of that hybrid power train, eh?  But, will it save you money in the long run?  Let’s see!  $7,200 ÷ 1.4¢ / mi = 514,285 mi.  What does that mean?  It means that to BREAK EVEN just on the purchase price differential, you’ll have to drive that hybrid over a half a million miles to make it up in fuel cost savings!  Half a million miles!  Good luck with that!  (And, that’s assuming you paid cash for the car.  Factor in interest and it will take even longer to break even.)

Don’t accept conventional wisdom!  Think for yourself!  Do your own math!  It’s not difficult.  And, then you can watch your sheeple friends’ heads blow up when you lay down the math, baby!  This applies to all aspects of life.  Learn to think critically!  Be a MENTAL WARRIOR!  If my math is wrong, show me!

PS… I did a similar economic analysis of “efficient” light bulbs, since most dental offices have a lot of lights.