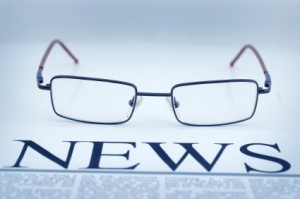 It’s been a while since I’ve written.  Life is busy!  And, that’s a good thing.  But, gosh… so much going on currently that I could write about…

I’ll preface this commentary by saying that I’m saddened and angered at this tragic and senseless incident.  My points are meant to probe at what may be uncomfortable reality and not intended to be insensitive to the loss suffered by the victims, their families, and community.

Another psychopath has wreaked havoc on the peaceful lives of Americans, inciting not only fear far beyond the local community of Aurora, but also reigniting a perpetual controversy.

Our culture, led by the media, politicians, and agenda-driven activists tends to demand explanations of events that defy explanation.  Certainly, it’s natural to seek answers on how this can be prevented. 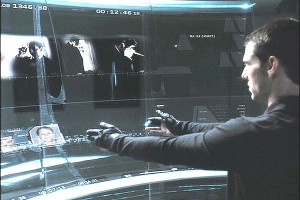 I submit that the acts of lunatics cannot be prevented, as our society (for now) prohibits incarcerating people who are thinking about committing atrocities.  The movie, “Minority Report” remains science fiction.  We can only lock them up AFTER the crime.

While I obviously hold a certain position on our right to keep and bear arms, I will not get into defending that position or refuting the dogma posited by a vocal minority who refuse to examine the real issues of violent crime.

There is one thing that strikes me every time one of these inexplicable tragedies occurs.  It is the lack of appropriate reaction by many of the victims.  When many people hear shots fired, they either freeze (in their location) or worse…. they go get a closer look.  “I thought it was fireworks.”  “I thought it was balloons popping.” 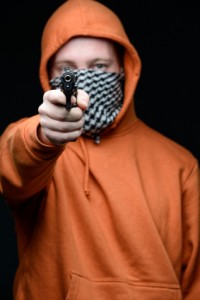 The case of the Aurora theater massacre has been no different.  Many victims interviewed have stated they thought the active shooter (bristling with weapons and setting off gas bombs) was “part of the show” or “special effects.”   I find this stunning.

I do understand that people don’t want to think the worst is happening.  They automatically default to the best case scenario.  They can’t believe they’d be facing down a real violent threat.  That’s just on TV… in other places.  Ironically, it’s a twisted sort of defense mechanism to deny the worst is actually happening.  It delays action… sometimes with fatal results.

That has to change.

Listen to Your Instincts!

Our culture has dulled our natural instincts to survive with politically-correct dogma.  Situational Awareness has been largely discarded as unfashionable.  “It won’t happen to me.”  “I won’t be THAT kind of person.”  “I don’t want to walk around worried.”  “I’m not paranoid.” 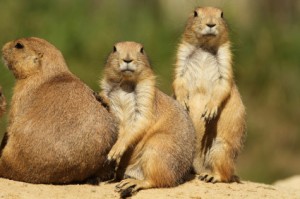 Situationally aware does not equal paranoid or worried.  If you hear “BANG!  BANG!  BANG!”, rather than acting like a prairie dog popping his head up or the proverbial deer in the headlights, TAKE COVER!  Get out!

If you SEE someone brandishing a weapon of any kind, TAKE COVER.  Run!  Get out!  I’d rather look like a “fool” in the case of a false alarm than be dead after doing a prairie dog impersonation trying to get a better look.

Take action and be responsible for your own safety and survival.  I read a very interesting book about survival in disaster situations:  The Unthinkable:  Who Survives When Disaster Strikes and Why – Amanda Ripley.  The recurring theme in these scenarios was that those who survived were those who TOOK ACTION immediately.  A similar book you may find worth reading is:  The Survivors Club:  The Secrets and Science that Could Save Your Life – Ben Sherwood.

I would love to think this sort of violent incident will never happen again.  While quite rare, it does and will happen.  I sincerely wish that none of us is ever touched by such tragedy.  But, it is also my heartfelt desire to at least stimulate some thought and encourage all of you to simply be aware of your surroundings and react accordingly to save yourself while disregarding any concern over “looking foolish.” 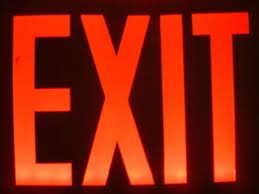 When you arrive at any location, you should make a mental note of where the exits are.  At a restaurant, you might also consider unconventional exits like the kitchen, for example.  There’s always a door in the back of restaurants.  What about a window pane?  Is that the nearest exit?  It sure can be…. if you pick up a chair or table and throw it through the glass!  It takes literally 2 seconds to just glance around when entering a building.  Could you find a way out in the dark?

If something or someone doesn’t seem right, get the **ck out (GTFO) of there!  Without hesitation, grab your loved ones and GTFO.  QUICKLY!  It’s NOT fireworks.  It never is.

If you can’t GTFO when the SHTF (shit hits the fan), then DUCK… as in duck!  Get down!  Take cover wherever you can find it.

A Special Place in Hell

I’m not a religious or spiritual person.  But, I do hope there IS a special place in hell for the evil sociopath that did this in Aurora.  There isn’t a punishment severe enough on this Earth to exact justice on this subhuman piece of shit.

PS…  Something has been bugging me about the Holmes student ID photo.   Maybe it’s because I’m up at 1.30am.  It looked FAMILIAR.  It dawned on me that his smile… even his whole face… resembled that of Loughner’s mug shot (Tuscon / Gabby Giffords speech massacre).  So, I took each mug shot and put this together in Photoshop.  The third photo is one superimposed on the other with 50% opacity.  Spooky.

4 Responses to Evil in Aurora