I suppose I should be flattered when I find my intellectual property “borrowed.”  And, it seems many think it’s harmless to “borrow” copyrighted materials.  I suspect they don’t realize the amount of effort invested in creating website content, both copy and images. 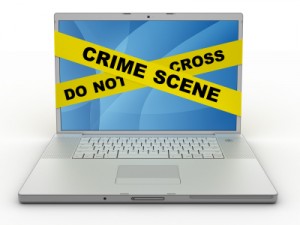 Over the years, I’ve found a number of dentists “borrowing” my images.  I’ve even found dentists who copied my website content VERBATIM.  There was one website in California that was ENTIRELY copied from my site.  After many unanswered emails, I finally got them to take it down.  You can’t do that.  It’s copyright infringement.  I’ve also dealt with trademark infringement.

Just a few minutes ago, I was doin’ my Facebook thang.  Just out of the corner of my eye, I noticed an image in the advertisements that appear on the right side of the Facebook page.  The image looked familiar.

It’s really weird how my brain works.  I can’t remember what my wife asked me to do five minutes ago.  However, despite the fact that I have almost 20,000 images on my hard drive, I can recognize a single random photo as my own.  The Facebook ad grabbed my attention because I recognized the photo…. a photo of two teeth. 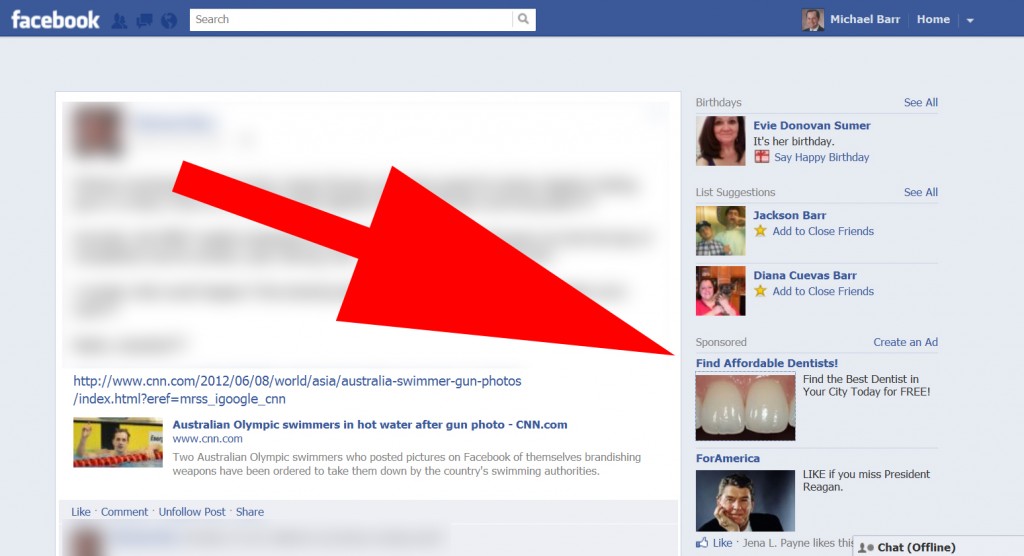 Here’s where the ad appeared while I was reading a Facebook thread. The image just caught my eye. Looks familiar!

Let’s zoom in on the ad:

I’m pretty sure that’s MY photo!  And, I think I know where they got it. 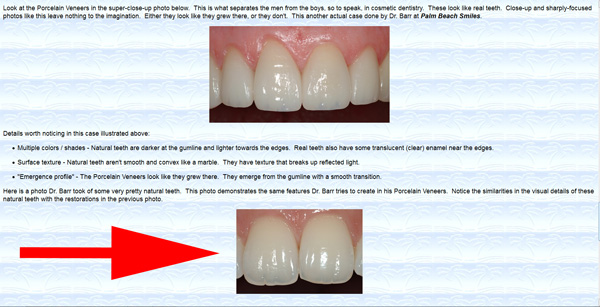 One of my websites.

Among my useless talents, I can recite a litany of lines from the TV show “Seinfeld” and Mel Brooks’ movies like, “Blazing Saddles.”  I can even name the patient in which those teeth reside.  That’s MY photo.  And, I did not give anyone permission to use it.

It’s one thing to swipe copyrighted material for editorial, news reporting, or other innocent purposes.  There’s a “fair use” law for such situations.  But, when you use the intellectual property of others for financial gain, it’s a whole other level “wrong.”  In fact, it’s legally actionable.  And, there’s this nifty thing called “treble damages.”  It means that the plaintiff can collect TRIPLE whatever revenues were made via the copyright or trademark infringement.

How deep does the rabbit hole go?

So, naturally, I clicked on the Facebook ad link.  I landed on www.MyDentistMatches.com.  I did not recognize that name.  But, I noticed on the website’s logo in the upper left corner, it is “Powered by 1-800-Dentist.” 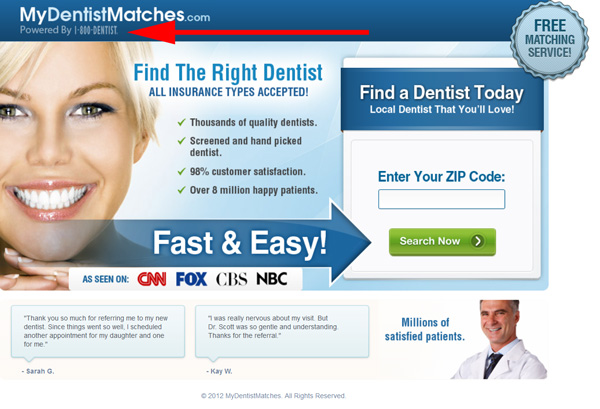 I’ve met the principal of 1-800-Dentist.  I’ve bought multiple copies of his book, which I highly recommend.  Fred seems like a good guy.  And, I’d bet he is not aware of this copyright infringement.  The decision to use the photo did not likely require approval all the way at the top of the company.

And, the moral of the story is…

I did not write this article to lambast 1-800-DENTIST.  Rather, I hope it will serve primarily as a cautionary tale to all dentists who market online.  Just because a photo is on the internet, it doesn’t mean it’s free to use by anyone for any purpose.  Just because you found a picture on Google Images, it’s not free for the taking.  If it’s illegal offline, it’s illegal online.  And, it’s fairly easy to get caught stealing intellectual property like images and text.

There are PLENTY of photos that can be licensed / purchased from stock photo companies.

ALL the photos on my websites were taken by ME.  When I need a stock photo (like many here used to illustrate my blog), I go to www.iStockPhoto.com and purchase a license to use it.

Don’t “borrow” photos you don’t have a right to use.  It can land you in legal trouble.  It’s not worth it.  Take your own photos.  It’s not difficult, and with practice, you’ll get some good ones.  Furthermore, having your own photos of your own work build HUGE credibility. Otherwise, buy stock photos, and you won’t have to worry about legal eagles breathing down your neck.

I had to whip up this blog article while I was inspired.  Next, I will try to contact the company asking them to remove the photo from use.  Or, perhaps we can come to another arrangement!  🙂  What would you do?  Comment below!