A few blog articles back, I introduced the concept of armed self-defense.  And, it may have been premature in this series.  I’d like to take a baby-step back and bridge the gap, or missing link, I may have created between Situational Awareness and Armed Self-defense.  I will again preface my musings by saying I am not offering legal advice, nor am I claiming to be an expert on self-defense or safety.  I simply offer my opinions, food for thought, a few rules, and even Jedi mind tricks.

In our politically-correct culture, the notion of preparing yourself to face violence is to risk being labeled paranoid.  I’ve even been accused of machismo or false bravado when discussing personal safety.  And, it’s is an easy position to take… perhaps even comforting, as it absolves one of having to consider the possibility of failure in the face of violence.  Denial works… until it doesn’t.  There is a delusional nobility associated with victim-hood these days.  I don’t buy it.  It’s not machismo.  It’s simply a desire to live my life.  Your mileage may vary.

Certainly, statistics suggest that those who turn their noses up at preparation will themselves not likely face violence.  And, it underscores their sanctimonious derision of those who take on the responsibility for personal safety.  And, honestly, I’m glad for them.  I hope they remain 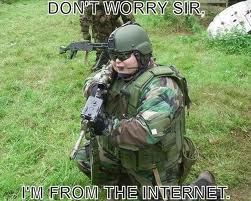 safely ensconced in their statistically-fortified cone of protection.

I’m not suggesting you need to rededicate your life to preparation.  You don’t have to turn into Chuck Norris, a cover model for “Soldier of Fortune,” nor a “mall ninja.”  It doesn’t take much time or energy, but for some it will require a reorientation of their mindset, at least.

The reality is that there ARE violent criminals, and there ARE victims.  I hope none of us is ever among them.  Many of those who prefer not to think much about preparing to defend themselves or their families, are content to rely on 911 and the police.  It is the conventional wisdom that the police will save you.

There is an old adage, “When seconds count, the police are minutes away.”  Look around you right now.  Do you see a cop?  Unless you are one or have one in the household, the answer is usually no. This is also typically true when you are out and about town.  The police most often arrive after the incident, gather evidence, and hopefully arrest the suspects… eventually.  The Supreme Court has ruled that the police are NOT obligated to protect you.  But, they will take and make a report.

And, that brings me to the first rule of personal safety:  Avoidance.  As in… don’t go there.  Don’t go to bad neighborhoods.  Don’t go where trouble is commonplace.  Another adage, “Play stupid games, win stupid prizes.”  Don’t do that.  Stay away from stupid people doing stupid things in stupid places.  If you think you might “need a gun,” then you shouldn’t be going there in the first place.  Got it?

“Nothing good happens after midnight,” is another truism worth heeding.

Rule #2:  Deescalate.  Young men are especially prone to standing up to even complete strangers because of something said or even an accidental bump of shoulders in a crowded place (like a bar).  They’ll even feel compelled to “bow up” if another guy even looks at his “girl” the wrong way.  The best fight is the one you’re not in.  Walk away.  Honor, 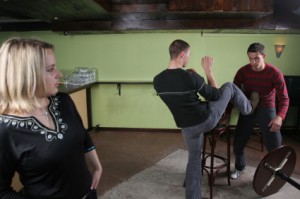 schmonor!  Smile and apologize.  Don’t let someone else ruin your day.  Don’t feed the fire.  Don’t allow them to provoke you.  This goes for any contentious public interaction, including “road rage.”  You’ll find it’s quite liberating (and healthy) to let things go.  If someone cuts you off… LET IT GO.  Try it!  It may feel awkward at first.  But, after a few times, you’ll find it feels great.

Rule #2.5:  Don’t defend property or possessions.  It’s just not worth it.  Period.  If someone wants your watch, wallet, car, etc… let them have it.  None of it is worth dying for.   Be a good witness.  That said… if the bad guy crosses the line by trying to control YOU… by taking you somewhere out of sight… anywhere else… ALL BETS ARE OFF.  And, that takes us to the next rule.

Rule #3:  React decisively and explosively possibly with your primary goal being GTFO (getting the **** out).  That is escape.  Get away.  RUN, if you can.  However, if escape is not an option, then it’s “go time,” (stopping the attack) and with your life on the line, you give it all you’ve got.

Bad noise, bad noise… Whatcha gonna do when they don’t (quickly) come for you? 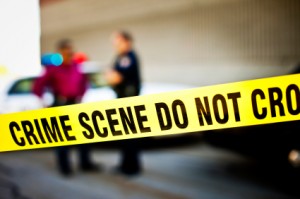 Just last week, a friend told me about a recent incident at his home.  To set the scene, he lives in a very nice house in a very nice suburban neighborhood.  The homes are on large lots – about an acre each.  At 4 am, he heard someone banging on his door, which woke the whole family.  He looked out the peep-hole and saw a man wearing a mask.  No kidding… a mask!  My friend grabbed his shotgun and called 911.  Next he saw the man out on his back porch.  For some reason, the masked man eventually left without trying to get in.  Maybe he spotted my friend sporting a shotgun?  The police arrived 25 minutes later.  TWENTY-FIVE MINUTES LATER.  And, they took a report.  It’s a good thing my friend wasn’t dependent solely on the arrival of the police.  Ultimately, like it or not, you are responsible for your own safety.

Strangers in the night

Today, another friend told me about a knock on her door late at night.  Several young men were outside, and her husband opened the door.  They were “turning around” in their driveway, but somehow got their car stuck in the yard.  Mmmm-kay.  Her husband helped them get on their way, and it was a harmless event.  And, so it goes often in life.  Most people are good.  But, some aren’t.  I won’t open my door to strangers….. EVER.  I’m not willing to take the risk, even in the name of being a good Samaritan.

If someone bangs on your front door or you hear a window break, what will you do?  What if the “gentlemen” at your front door are wearing shirts marked “Police?”  Bad guys have been known to impersonate law enforcement.  How you prepare (if you decide to prepare) may depend on whether you live alone, with a significant other, or a family with children.  Do you have a plan?  Have you discussed it with your partner or children?  Do you have an alarm system?    A dog can be an excellent “alarm” and deterrent, too.

You can be sure that a criminal that breaks into an occupied home is an entirely different sociopath than a garden variety burglar who breaks into unoccupied homes looking to score some quick electronics and jewelry.  The one who proceeds knowing there are people inside is predictably bent on hurting them (or worse).  He’s not there just to grab a TV and a laptop. 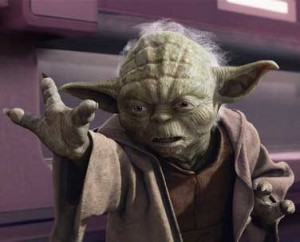 I believe the most important “weapon” you may have to deploy in protecting yourself is your RESOLVE.  In your mind, do you really believe you have a right to defend yourself?  Or do you find nobility or even the moral high ground by refusing to acknowledge there is evil out there?  Or, perhaps you believe in fate (that cannot be changed)?  Or that you’re immune?

Where you are mentally is the first and absolutely critical step that will determine your survival if you are faced with violence.   I sincerely hope you never encounter violent crime.  Be aware.  Avoid.  Deescalate.  Be safe.  But, if after doing all that, violence still finds you… EXPLODE into action.

1 Response to Personal Safety – The Prequel to Armed Self-Defense