Someone Hacks Your Wi-Fi… And You Could Die?? 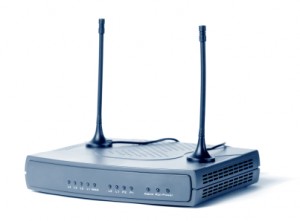 I find this story disturbing on so many levels.  Read this Associated Press story first. 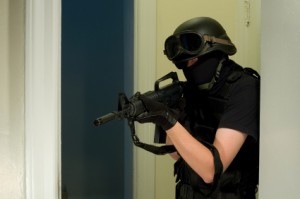 If a guy like this came through your door… in a split second you decide if it’s a good guy or bad guy!

What I find disturbing is the “no-knock” warrant issued for this situation.  No-knock warrants are supposed to be reserved for situations that would otherwise endanger the officers or risk loss of evidence in the time that it would take for them to knock (and identify themselves) first.  But, for internet child-porn suspects?  Crazy.  Suspected serial-killer… I could understand.

Imagine having someone burst into your home without any warning.  Even if the intruders are wearing uniforms, how do you know if they are legitimate officers?  Bad guys have been known to impersonate law enforcement agents.  If they are the good guys, and they see you with a gun in your hand, you’re likely to be shot and killed.  If they are bad guys, you better be ready to defend your life… or they will likely kill you.  A very bad scenario.

If an armed homeowner was surprised by intruders (bad guys OR good guys) in his / her home, he or she would be forced to make a split-second life-and-death decision.  The reality for many Americans) is that they would be forced to defend themselves and their families with lethal force.  And, in the case of federal agents making an unwarranted no-knock warrant (no pun intended), it’s a lose-lose scenario.  It’s a HUGE mistake on their part.  And, I couldn’t find any fault with the homeowner’s decision to defend him / herself. 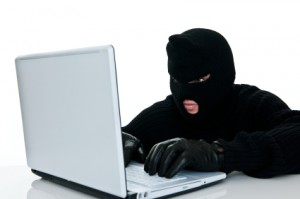 If your wifi isn’t secured, bad guys can use it to do bad things and make YOU look like a criminal.

I also find it disturbing that the agents in the news article held the homeowner at gunpoint while accusing him of crimes and labeling him as a criminal.  That was after they threw him down a flight of stairs.  Niiiiice.  It’s simply not their place to pass judgment.  That’s for the courts.

In the Buffalo case (in the news story), it was simply fortunate that the homeowner was not armed.  He certainly would be justified in firing upon strangers bursting through his door, in my opinion.  Just seems like in THIS particular situation, law enforcement should have knocked first and identified themselves.  It would have been far less dangerous to all parties involved.

So, yes… secure your wireless networks with passwords and encryption.  This goes for home and office networks.  That’s a prudent move for a number of obvious reasons.  but, it’s truly frightening to think that it’s entirely possible for an innocent person to face such a dangerous situation created by law enforcement.

I’m having a hard time with this story.  And, I can’t help but wonder how I would handle such a situation.   Dental warriors should fortify and protect their wifi networks.  But, this story goes far deeper into civil liberties and Constitutional rights.  Feel free to discuss here!

3 Responses to Someone Hacks Your Wi-Fi… And You Could Die??