Do you REALLY want to do business with Delta??? 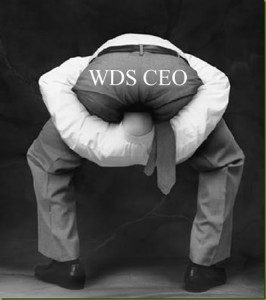 I understand I may draw the ire of dentists who participate with Delta and other managed care plans, as I perpetually express my bafflement (yes it’s a word) at how any dentist would willingly sign a contract with the devil that is managed care.  Damn, that was a long sentence.  Put another way:  I cannot wrap my head around how dentists would participate with managed care plans.  I really can’t.  It’s a personal flaw, I know.  🙂

A few months back, I wrote about how Delta Dental in the state of Washington slashed their fee schedule (to which participating dentists contractually agreed) by about 15% across the board.  Not long after that, Delta in Idaho and Pennsylvania did the same thing.

My contention in my previous articles was that Delta was waging a war against both dentists and our patients.  Of course, Delta held meetings with concerned participating dentists and tried to assuage their fears with trite claims of “we’re on the same team.”  I said in my previous blog articles that Delta is our enemy.  Furthermore, I pointed out that without the participation of dentists, they have literally NOTHING to offer their clients (policy holders).  They are dead in the water without willing dentists to tow the line.

But, never you mind what some crazy dentist, who calls his blog “The Dental Warrior,” prattles on about.  (apologies to my English teachers for ending with a preposition)   Listen and see for yourself… straight from the horse’s (ass) mouth, the CEO of WDS (Washington State’s Delta Dental).  You’ll have to watch the video to the end to witness an amazing reversal of function of his two major orifices.  Consider the utter contempt and derision he expresses for dentists.  Think about this blatant effort to incite a rift between dentists and our patients.  It is certainly to his significant financial advantage to instigate an adversarial context for the doctor-patient relationship.  Video after the jump…

Then this tool tries to “apologize” by claiming the issue was the “context of his statements in a highly edited news segment.”  It turns out the editing was in his favor.  In a follow-up segment, the news aired the statements they edited out, which make him look even worse.

3 Responses to Do you REALLY want to do business with Delta???