All Aboard the Righteous Indignation Train! Wooo-woooo!

This post will not likely engender much agreement.  But, then again, it’s not why I write.  My goal has never been to create an “echo chamber” or to “preach to the choir.”
(Edit to add:  A couple of folks have unsubscribed since this article, already!  😆  That means I’m doing it right!  😉

To be, or not to be… significant. 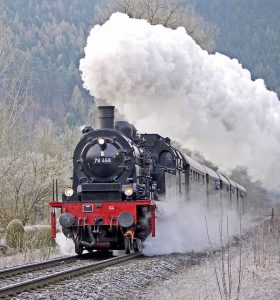 The recent incident on a United Airlines flight has been the next in a litany of social media firestorms.

On the pyramid that represents Maslow’s Hierarchy of Needs, just above Basic Needs are “Belongingness” and “Esteem.”  Those needs could be summed up as “Significance.”  We all need to feel Significant.  It’s not a character flaw.  It’s a GOOD thing.

We all achieve Significance differently.  And, it’s not just one thing that makes us feel Significant.  It’s often a combination of things.  Some of those things might include:

If I sat and thought for some time, I could come up with more examples.  I’m sure you could add to the list, too!  Feel free in the comment section below. 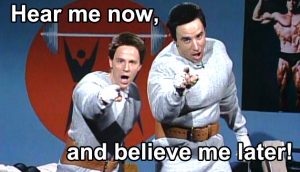 With the advent of the internet and social media, we ALL have a pedestal and a bullhorn.  Any of us can put our thoughts and opinions out the the entire world.  Any of us can gain Significance with a few taps of the keyboard and a click.  In a flash, we can become “activists.”  The aphorism about a butterfly beating its wings in Brazil having an effect around the world is all the more true with web-based social media.

When something happens, we all know about it before it hits the evening news on TV.  Certainly we all have our own opinions about what happened, why it happened, and what SHOULD happen next.  Today’s culture seems to be quick to claim “offense.”  We are very quick to judge, because we all “saw the video.”  But, we often do so without ANY basis in facts…. without knowing the ENTIRE context of the incident or situation.  Most of these videos are but a vignette of a much larger unknown scenario.  It seems that our society has adopted the phone camera as “instant justice.”  Arguably, the majority of the time, the knee-jerk conventional wisdom has been WRONG… oh, so wrong.

“I turn on the tube and what do I see. A whole lotta people cryin’ ‘Don’t blame me.’  They point their crooked little fingers at everybody else.” – The Eagles

And, hoo-boy…. The outrage and Righteous Indignation predictably boiled up on social media!  Everyone “saw the video,” but they have NO CLUE about what happened.  Many apparently think that United employees beat up a passenger (They didn’t touch him.)  Many think United “ordered” the police to drag this guy out of the plane (The police do not follow the “orders” of citizens not involved in law enforcement).  Many believe that passengers have a “Right” to their seat on the plane… “since they paid for it, and everything” (They don’t). 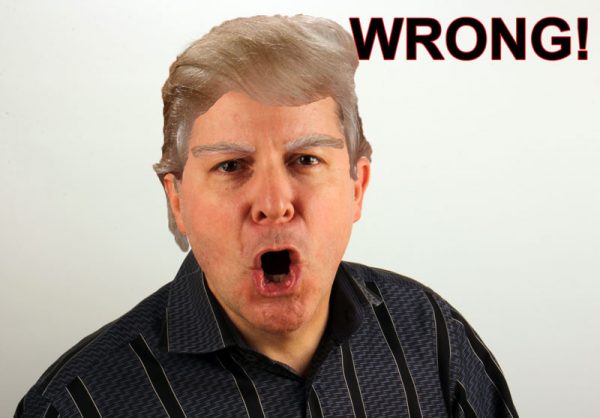 I wrote a similar article about the dentist who shot the lion and the resulting mass outrage displayed on social media:  Hashtag Lions, Dentists, and Flags!  Oh, my!

I submit that United is arguably guilty of poor service.  But, the passenger is guilty of trespassing and resisting arrest.  Some have bristled at my implication.  I was accused of being “over the top.”  Hardly.  It’s simply a matter of fact.  Any owner or representative can ask anyone to leave their private property for ANY reason (or no reason).  This is legal fact.  I can ask you to leave my home or place of business for ANY reason.  And, you must leave.  If you don’t leave, it’s trespassing.  <- Hover over the link or click for definition.  This is law in pretty much every state.

I fought the law, and the law won.  DUH! 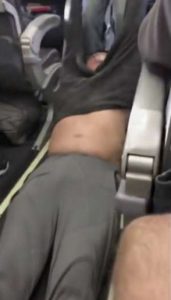 So, then the police show up to ask you to leave.  If you refuse or try to debate the point, the police will “help” you leave.  If you FIGHT them, you’re resisting arrest.  And, the dominoes begin to fall due to YOUR decisions.  In this hyper-vigilant atmosphere towards terrorism, doing so at an airport or on an aircraft will get you “extra special attention.”

This is exactly what happened on the United flight.  I’m not defending United’s decision or their protocol.  If you ask me, I think they should have done the “bumping” BEFORE they boarded the flight.  But, they didn’t.  I think it’s reasonable for passengers to assume they’re “good to go,” once they have “ass in seat.”  One would understandably not be happy being asked to leave the aircraft once that person has settled into his or her seat.  But, the law doesn’t care about your happiness.

That all said, the airline did what it did and asked four people to leave.  As the owners of the property, they had the right to do that.  That’s a fact.  Whether you agree with it, or not, is immaterial to the facts at hand.  Three of the four deplaned without incident.  One guy thought he was special and refused.

Once you are asked to leave private property and refuse, it’s trespassing.  You can be fined AND go to jail for it.  Law enforcement was called and responded.  The passenger again refused (bad move).  Then he fought them (really bad move).  In the process of being forcibly removed from the property, he got bloodied up a bit.  Such is the nature of a fight.  It was his choice to fight.  And, then after being removed from the aircraft, he ran BACK (past security) into the plane, a federally-restricted area.

If you are ever asked to leave a property, just do it!  If you feel you’ve been wronged, there are avenues of justice and compensation, either directly with the company that “did you wrong” or through the legal system.  But, in ANY case, you do NOT have a “right” to remain on their property, EVEN if you paid to be there.  Again, if you refuse to leave, it’s trespassing.  You have actually violated the rights of the property owner.  And if the police are nice enough to ASK you to leave, you BETTER leave!  You can go the easy way or the hard way.  Your choice.  It was this man’s choice, too.

Many have expressed their hopes (and projected their own proclivities) that this man will “own the airline” or “sue the pants off them.”  My prediction is that no such thing will happen.  The airline simply asked him to leave.  They didn’t touch him.  The POLICE touched him.  You could suggest that they used unreasonable force.  I may disagree.  I may not.  I wasn’t there.  But, that may be the approach used by his advocates (and lawyers).  I believe they will lose.  We’ll see!  Or… our gnat-like attention spans will be redirected by the next “scandal.”

Edit to add:  The airline and passenger came to an undisclosed settlement.  United made a command decision to make the nuisance lawsuit go away.  It’s likely cheaper (even if they had won the case) and better for “public relations.”

Each state has its own trespass laws, though they are all nearly identical. And, aircraft (aka “conveyance”) are included in those laws. Here’s Florida’s:

21 Responses to All Aboard the Righteous Indignation Train! Wooo-woooo!