Sometimes our best efforts don’t work out.  We dentists reflexively tend to blame ourselves.  Somehow, we’ve managed to bring ourselves to believe that our work is immune to the hostile oral environment and vagaries of human behavior (and lack of self-care).  Worse yet, we’ve contributed to the perpetuation of that myth among the general population. 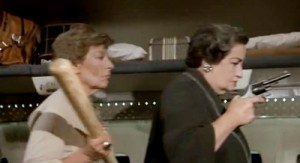 Bonus points to the person who can identify this movie scene! 🙂

Self-flagellation is an activity in which dentists surpass most other professions.  And, if we’re not willing to beat ourselves up, there are plenty of our fellow dentists standing in line ready to pummel us.

How many times have you heard patients express their beliefs that a root canal and a crown renders a tooth bullet-proof?  “Oh I didn’t think it could decay again after a root canal (or crown).”

It didn’t hurt until YOU worked on it.

Our patients blame us for their dental problems:  “That tooth didn’t hurt until you worked on it.”  “The filling YOU did fell out.”   Never mind that the chart reveals it’s a tooth you never worked on!  🙁

And, as a profession, we seem to accept the fingers pointed at us.

That’s not to say we shouldn’t be introspective and constructively critical of our own work.  We dentists are true naturals at criticizing the work of other dentists!  If you really want to have some fun, visit your local dental lab and just go through case trays at random and look at the impressions.  You will be simultaneously amused and mortified.  Furthermore, you will certainly wonder how your lab technicians work with some of these impressions. 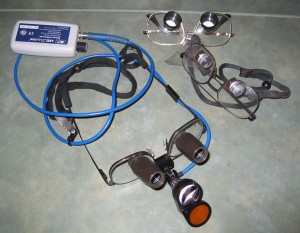 Looking at your own crown and bridge dies under a lab scope can be truly enlightening.  Using magnification and a headlight (or a microscope) clinically is eye-opening both literally and figuratively.  I’d like to think we all strive for constant and never-ending improvement.  Right??

If our work remained on a model and was never placed in the part of the body that’s as stormy as the giant red spot on Jupiter, it would surely last forever.  Even once in the mouth, our work can survive a fiery fatal plane crash, allowing us to identify the bodies in the wreckage.  But, it won’t survive all-day-Red-Bull-sipping, GERD, crystal meth, “Mountain Dew Syndrome,”  or even just poor oral hygiene.

We make sure our margins are closed tight.  We place our direct restorations with exquisite attention to detail with good isolation.  The problem is we can’t follow our patients home.  We can’t even make them come back every 3 – 6 months for hygiene recall visits.  Sometimes patients take our masterpieces and turn them into shit.

Between 2004 and 2005, I completed some nice posterior quadrant restorative dentistry for a patient.  She initially presented with some missing teeth and some garden-variety broken teeth and large failing amalgams.  She wanted teeth in the back, so she could chew.

This is my patient as she presented in 2004. 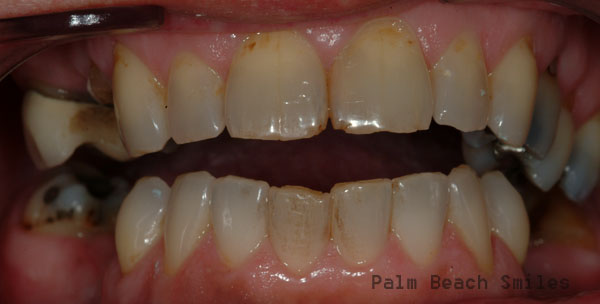 No problem!  Some root canals, implants, and old-school crown and bridge is all she needs!  Over about a year’s time, we performed treatment in phases.  As you can see, in the “after” photos below, we didn’t get to the upper anteriors or #31.  But, we accomplished a lot at this point.

After this, I saw her once in 2008 for a recall visit.  And, then I didn’t see her again until a few weeks ago, when #6 blew up on her.  She also said, “I’ve let my other teeth go downhill, too.”  It had been seven years since I completed the treatment seen in the photos above.

Maybe the Acid-o ate my babies? 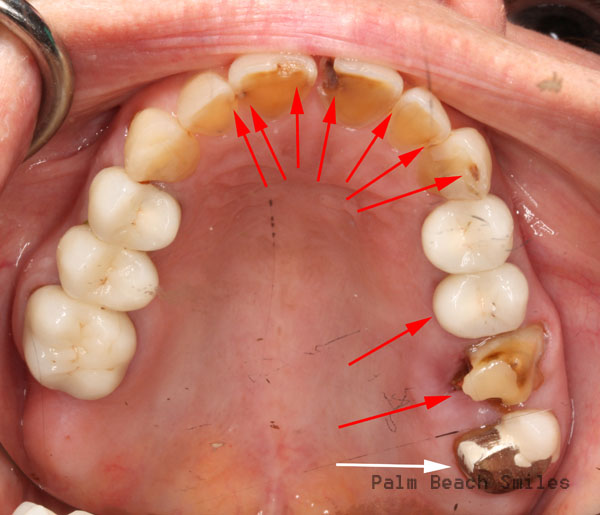 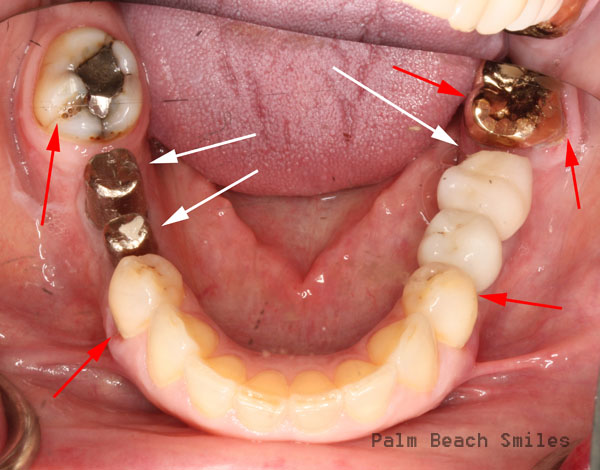 Where did the porcelain go? More decay here, too.

I asked the patient, “What’s going on here?  How did this happen?”  I had my suspicions, of course.  She explained that she had been diagnosed with acid reflux.  OK… not the explanation my cynical mind had concocted.  Meth?  Piss-poor protoplasm?  I just suck as a dentist?

But, GERD is a plausible explanation.  She said she was put on Nexium.  However, she discontinued her meds because she had it under control with diet.  Uh-huh… OK.

I’ve never seen porcelain completely stripped like that (#29, 30).   And, I cannot explain it.  I’d love to hear from any of you that have seen it.  The other porcelain fractures could be explained away by bruxism or other parafunctional habits.  For the time being, I’m going to assume bruxism.

The dentin exposure via erosion on the linguals of the upper anteriors would be consistent with reflux or acid from eating disorders.

Where we are now.

We can rebuild her.

At any rate, most of the work I had done is now a “do-over.”  The patient realizes and acknowledges the “failure” of the dental treatment is a “host response” issue.  I’ve also explained that if I’m to re-treat her, we need to get the other issues under control.  Otherwise, we can fully expect the same thing to happen again.

OK, Dental Warriors… what’s your take on this case?  Comment below!

Copyright protected by Digiprove © 2013 The Dental Warrior®
This entry was posted in Case Presentation, What Happened Today and tagged failing dentistry, treatment failure. Bookmark the permalink.