Treachery. Trickery. Subterfuge. Solicitors will do anything. 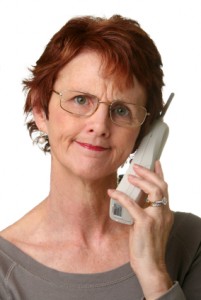 I expect that all of us have had solicitors call our offices and trick the front desk into putting the call through to us (the doctor).  They’ll say just about anything… even claiming to be the doctor’s personal friend.  I’ve had them pretend to be my accountant among other things.

Fortunately, my office manager is a sharp cookie.  Nobody gets through without fully divulging who they are and their purpose for calling.

Today, we got a new one.  And, my Google-fu has failed me in terms of figuring out which stupid company it was this time.

A woman called, claiming to be “Veronica” from Dr. John Base’s office in San Francisco.  (My office manager makes everyone spell their name as she writes it down.)  Veronica said that I called them and they were returning my call regarding some patients Dr. Base wanted to refer to me.  My office manager put “Veronica” on hold and asked me if I knew anything about the call.

Do you know a Dr. John Base?

He’s in San Francisco.  His office manager, Veronica, says they are referring a patient to you… and that you know about it, because you called them this morning.

And, with that, my office manager returned to the phone call.  She asked “Veronica” for more information.  “Veronica” said she didn’t know anything else about it.  “But, Dr. Mike knows.”  My OM told her that if Dr. Mike knows, he’ll call them back.

First I Googled “Dr. John Base dentist.”   Zero results.   I added “San Francisco” to the search terms.  Still nothing.  No such dentist in San Francisco or in the entire United States.  I did a reverse look-up of the phone number.  I got that it was a mobile phone in Sunnyvale, California.  But, that’s it.

Since the caller mentioned “new patient referrals,” I suspect it was one of the online referral services.  Do these guys REALLY think these tactics work?  Do they work??  Do they not realize that we dentists are a chatty bunch on the internet, and their sleezy tactics will be revealed for all to see?

Does anyone have any idea which company this might have been?  Have you had a similar call?

Copyright protected by Digiprove © 2013 The Dental Warrior®
This entry was posted in What Happened Today and tagged cold calls, solicitors. Bookmark the permalink.

6 Responses to Treachery. Trickery. Subterfuge. Solicitors will do anything.