I originally posted this tribute on Facebook.  I decided it should be in my blog.

My classmate, roommate, and friend, Dr. Robert T. Smith passed away this year (2013) after a battle with pancreatic cancer.  His brilliance, joy for life, and friendship were a BIG part of what kept me sane through dental school. 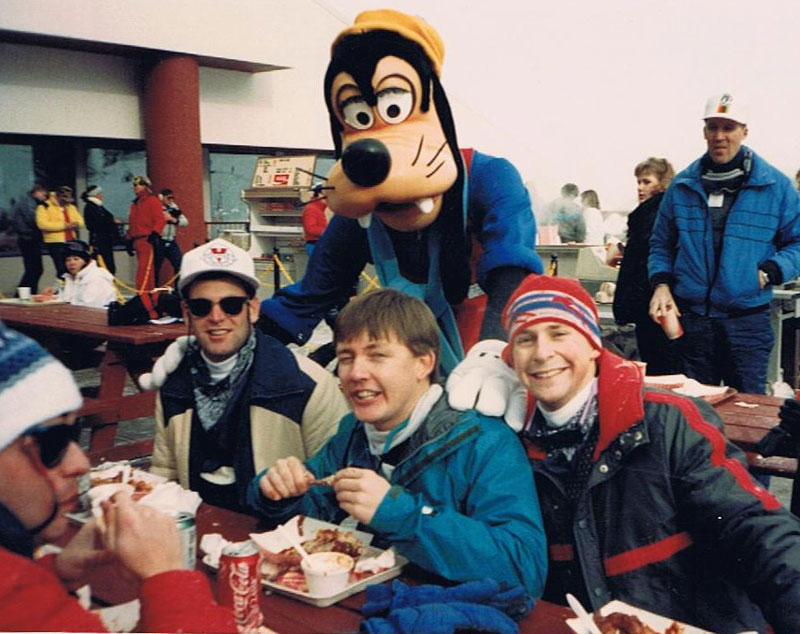 That’s Robert in the middle.

Robert was a happy soul.  He saw the good in everything, and he knew how to have fun.  He had a magnetic personality.  If Robert was there, everyone was having a good time.

He was naturally brilliant, accomplished, athletic… just good at everything.  He was published in dental journals before even graduating.  He was a nationally competitive water skier.  He taught me to get up on a “slalom” ski by skiing alongside me and lifting me out of the water with one hand while holding his own tow-rope with the other.

I had some tough times in dental school, but Robert showed me how to have fun in the face of adversity.  Sometimes we’d get into his Volkswagen Scirocco and just drive.

Robert’s eclectic tastes in music also affect me to this day.  The day after Scott Bellack told me that Robert was in his last days, I turned on the radio in the car.  The song, “Never Been Any Reason” by Head East came on.  It reminded me of Robert, because it was a song he liked (and would sing aloud).  The universe / God works in strange ways.

Every time I hear the song, “Eyes Without a Face” by Billy Idol, I hear Robert changing the lyrics to “Hows About a Date.”

I can’t see a big burrito and not think of Robert. In the apartment I shared with Scott and him, we’d have “theme” dinners, including “Bob Marley Burrito Night.”  Big, overstuffed burritos (think giant joints) and Marley music playing in the background.  Robert made some wicked Buffalo wings, too.

This photo was taken in Vail, Colorado.  A group of us went on a ski trip to Vail from Christmas Day to New Years during our senior year of dental school.  Robert insisted on only one “house rule.”  If any of us talked about dentistry or school, we had to drink a “penalty beer.”  It was a great trip.  Goofy’s hand on Robert’s shoulder is apropos.  Robert was “goofy.”  It was good to have “goofy” in my life then.

Copyright protected by Digiprove © 2013 The Dental Warrior®
This entry was posted in Editorial and tagged Dr. Robert T. Smith. Bookmark the permalink.