“Conflict” Resolution – What Would You Do?

It happened to me.

I was recently reminded of an incident as I read a gun blog about non-violent conflict resolution.  Sounds like a subject contradictory to a gun blog’s focus, doesn’t it?  It’s not. 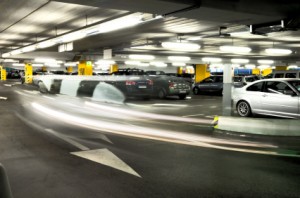 Some 20 years ago, I had a good friend coming to visit me in Florida for a weekend.  It was Friday, and the weather was typical Florida-beautiful.  I went to pick her up at the airport.

I spiraled my way up the airport garage looking for a parking space.  By the fourth level, I luckily happened to come upon a car (red in diagram below) backing out of a space.  I stopped a few yards short to allow him room to back out and pull away.  As soon as he did, I (green in diagram) pulled into the vacant space.

There was a van (yellow in diagram) about 15 yards up ahead with his reverse lights on.  But, I didn’t pay much attention to it because of how far down the lane he was. 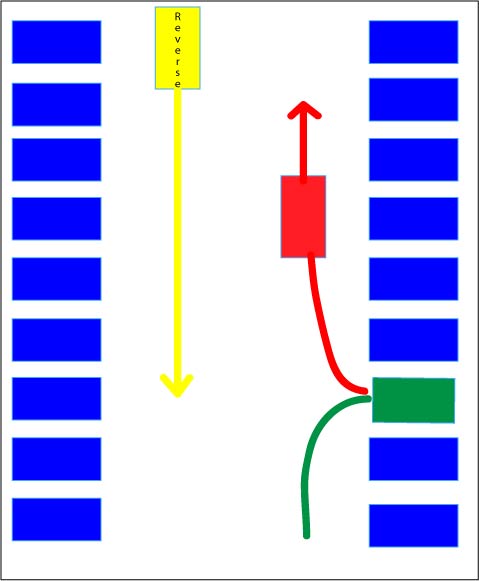 Not drawn to scale.  Green = me.  Red = car leaving space.  Yellow = van with reverse lights on about 15 yards ahead.

When I got out of my car, I discovered the van stopped behind me.  Two older men (yellow) had gotten out and approached me, trapping me (green) between my car’s open door, the car next to me (blue), and them.  They were visibly annoyed.

“That was MY space!” said one of the men.

I replied, “How do you figure that?”

“Didn’t you see me with my reverse lights on?”

I sure did.  You were about 15 or more yards up ahead.  How was I to know you were backing all the way down here for this space?  You were past this space.  So, I parked.

“Well you’re going to move it!” And, he pulled a KNIFE out of his pocket.

I don’t think so.  (Bear in mind that I was about 28 years old.)   And, you better put that knife away.  (I started to write down his license plate number, and the old man grabbed my arm to stop me.)  Take your hand off me NOW.

My voice and tone were quite calm throughout the encounter.  By this time, an older woman and young man had also gotten out of the van (yellow dots by the van in diagram above).  The young man stared at me with his arms folded.  The woman started screaming, nearly hysterically, at her husband to stop and get in the van.

After what seemed like a prolonged stare-down, the old man and his friend obliged the screaming lady, and they all got back into the van and drove away.  I then recorded his license plate number.

I was a bit shaken up and pissed off, as well.  I went into the airport and found the County Sheriff’s office.  I explained to the officer at the desk what had happened.  And, in the interest of full disclosure, I told him that I did have a dive knife in the door pocket of my car, but I never drew it.  The officer said, “You have every right to defend yourself.”  I glanced at my watch and realized my friend’s flight was arriving at that moment.  I told her (female officer) I needed to meet my friend.  She asked if I would return to complete the report.  Sure.

On second thought… maybe not.

I met my friend and made the decision not to start our weekend off with a negative vibe by returning to the Sheriff’s office.  And, we had a very nice and fun weekend.

What would I do now?

I replayed that scenario many times in my head right after the incident.  And, I’ve replayed it many times since, over the years.  How I might have handled it has changed due to a number of factors including: 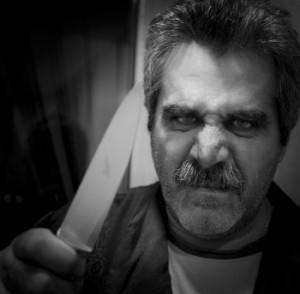 What would have done differently today?  First my situational awareness would have alerted me to possible trouble long before I realized it that day.  I know much more about the dangers of a man with a knife now.  And, I now realize that day was very lucky for both me and the old man.  It could have ended much worse for either or both of us.  Ultimately, the old man acted VERY stupidly.

A number of years ago, I took a 10-week (one night / week) course with the local police department.  They explained and demonstrated the “Tueller Drill.”  In a nutshell, the Tueller Drill vividly illustrates how a man with a knife that is within 21 feet of a law enforcement officer will get to the officer and stab him before he can draw his weapon.  Knife attacks are extremely dangerous and potentially fatal.  A drawn knife IS a deadly threat.

Had the man lunged at me with the knife, I would have likely been seriously injured at best… dead at worst.  Fortunately, even given my youth and inexperience, I was able to defuse the situation (with some help from his smarter “old lady.”)

About 15 years ago, I obtained a license to carry a concealed weapon.

On the gun forums, it is a nearly universal epiphany that the decision to become licensed to carry concealed, and to actually practice it, has a very sobering effect.  When you have taken on the responsibility to defend yourself, you become acutely aware of the accountability that comes with it.  You also realize that there can be a severe price to conflict escalation.  As such, you find yourself far more situationally aware and conflict-averse.  Your desire to avoid stupid people doing stupid things in stupid places goes up by orders of magnitude.  The best way to win a fight is to not be there.

If a guy cuts you off on the road, instead of honking repeatedly, gesturing, and voicing your displeasure… you might just shake your head.  A number of benefits besides the obvious come from this change in reactionary behavior.  You’ll find your blood pressure doesn’t skyrocket.  It doesn’t ruin your day.  It doesn’t scare your kids.  It is truly a liberating feeling to discover that YOU are in control of how you react.  It’s not what happens to you, it’s how you react to what happens to you.  Amazing stuff.

So, contrary to popular belief, those who go through the formal licensing process of concealed carry are most unlikely to engage in any conflicts and take great measures to avoid them.

Still replaying it in my head.

When the man pulled out the knife, I should have (and would now have) taken action, which might include:

In my home state, I would have been FULLY and LEGALLY justified to use lethal force against the man with a knife.  No question about it.  Yet, just because you can, should you?  The decision to do so is dependent on the totality of the situation.  It depends on my ability to “read” the bad guy’s intentions.  Was he REALLY going to use the knife?  How do I know?  Certainly, I don’t want to end the life of a man who is bluffing and is just pissed over a parking space.  On the other hand, if I am mistaken about him bluffing, I’m a dead man.

Already, I was at a HUGE disadvantage even if I had a gun with me (undrawn).  The Tueller Drill demonstrates that.  He was much closer than 21 feet.  But, in the event of the man being intent on harming me, I can only hope that my draw is fast enough to save me.

“Discretion is the better part of valor,” they say.  But, when a confrontation is QUICKLY escalated by the other party, it changes the equation.  Critical decisions have to be made in an INSTANT.  At the point the knife was drawn, apologizing and offering to move my car might have been too late.

Looking back, I should have returned to the Sheriff’s office and completed the report.  I now know that the man committed “aggravated assault,” which is a felony.  And, while he should know better (given the number of armed people) than to pull a knife on a stranger over a parking space, he would have at least learned his lesson if faced with a felony charge.

Be aware and avoid.

That brings me back to Situational Awareness.  Ideally, you avoid these situations entirely by foreseeing them.  Don’t let it get to that point.  Avoid it.  Walk or run away (if you can).  Use verbal de-escalation, if you can.

What do you think you would have done?  I intentionally included the word, “think,” because in reality none of us really KNOWS what we would do.  It just depends on the total situation and how you read it at that very moment.  You hope you make the right decision.  But, in the end, the aggressor with a knife is accountable for the outcome and must shoulder the blame, either way.  That man made a VERY stupid decision to escalate the confrontation by presenting a knife.  It might have been his last day on Earth.  It might have been mine.

3 Responses to “Conflict” Resolution – What Would You Do?