Have Gun. Will Travel.

Posted on November 7, 2014 by The Dental Warrior 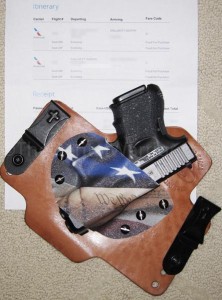 Doc With a Glock

My sister, the pediatrician, just asked me about traveling with her gun.  She has a license to carry concealed in her home state, and she’s traveling by air to another state that recognizes her license.  I’m often asked about this by friends.  I’ve had this article in draft form for over a year, so here we go.

Other reasons to travel with firearms include:  hunting trip, shooting competition, range time with friends or family, etc.

A lot of people seem to be surprised that you can travel on commercial airlines with a gun.  Perhaps they assume that since you obviously can’t bring a gun with you or in your carry-on luggage, that they are verboten altogether.  They aren’t.  You CAN travel with firearms (in your checked luggage).  It’s legal (within the U.S.), and it’s relatively easy.

There are a number of things you should know:

Gun Laws for 50 States phone app provides a lot of information.  Click image to link to app on Google Play.

While I’ve given you some useful links, I’ll go over and show you exactly how I do it.  I have traveled many times with a firearm, and they’ve all been very routine and uneventful.

While it should be fairly self-evident at this point, you cannot pack firearms or ammunition in carry-on luggage.   It must be in CHECKED luggage.  Secondly, the UNLOADED firearm must be packed in a hard-sided container that is LOCKED with a real lock, not a TSA lock.  I’ll repeat that…  The hard case must be locked with a real lock.  If it’s a pistol, then the hard case will go into your regular luggage.  You can put a TSA lock on the regular luggage, if you want.  However, every time I’ve done that, they end up being cut off.

If you’re traveling with a long gun (rifle or shotgun), then the larger hard-sided case will be its own luggage, so to speak.  You will still use a REAL LOCK, not a “TSA lock.”

I bought a “Pelican” case for the purpose of traveling with my pistol.  They come in different sizes.  Mine is the Pelican 1400 Case with Foam for Camera (Black), which is a bit large for a single pistol, but you’ll see how I pack it (with other things, too).  You can certainly get by with a smaller model, like the 1200.   They come with foam that you can custom cut to fit your gun, ammo, and accessories.  The custom-cut foam will keep your equipment snug and well-protected. 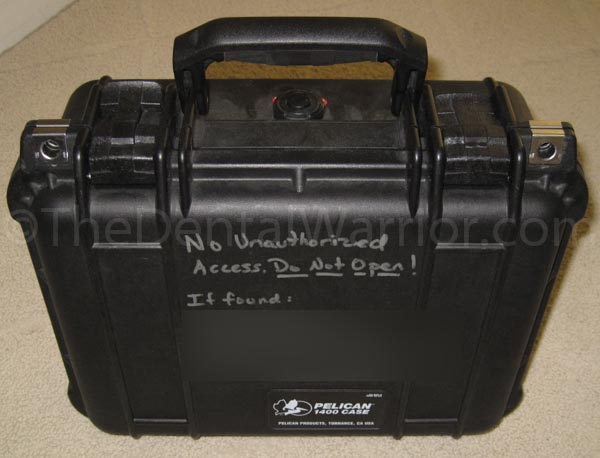 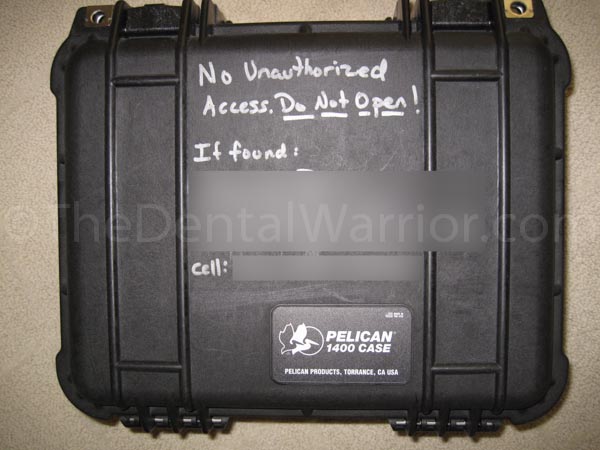 Contact information is on both sides of the Pelican case, including my cell phone number, should airport personnel need to contact me. 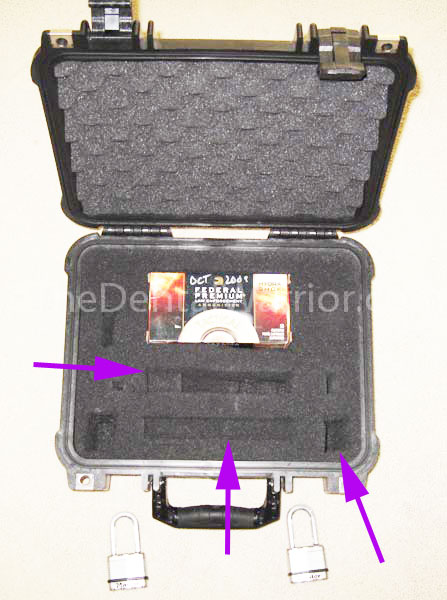 The foam is custom cut to fit my gear. I use two matched Master locks (same key).

What about the ammo?

Most airlines require that the ammo be stored in the original box or similar type box that keeps the cartridges separated.  No loose ammo allowed.  No loaded magazines.  To my knowledge all airlines will allow the ammo to be packed in the locked, hard-sided case along with the gun.  You can also pack the ammo separately.  Most airlines have a limit on the quantity of ammo, usually defined by weight.  In most cases, it’s 11 lbs (5 kg).  Check with your airline. 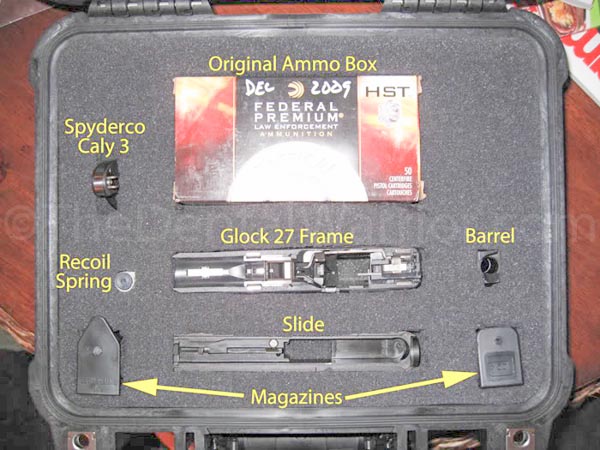 While not necessary nor required, I prefer to “field strip” my gun and pack it in pieces. My theory is that it looks less like a “gun” when presented at check-in. The ticket agent may ask you to open the case to verify and place the firearms declaration tag in it. Any looky-loos standing in line behind me won’t recognize it as a “gun.” We don’t want to frighten the sheeple! With a smaller case, field-stripping may not be an option. Either way, it works.

Once the hard-side case is locked, I run a cable-lock through the shackles and around the frame of the outer suitcase. I cut a couple of slits in the suitcase liner to access the metal frame.  This “secures” the gun case inside the suitcase.  Nothing is 100% secure, but it makes it more difficult for thieves.

You will need to check in at the airlines ticket counter.  You cannot check in at the curb when you’re traveling with a firearm.  When you approach the agent, you’ll simply state, “I would like to declare a firearm.”  Or, “I need a firearms declaration form, please.”  Don’t say, “I have a gun.”  It’s all very matter-of-fact.  They’ve done this before.  And, it’s really not a big deal.  The agent will have you fill out a very short form (about the size of two business cards).  Then the agent will place the tag either inside the gun case or inside the luggage.  They are not consistent about this.  I’ve had one agent tape the tag to the outside of the hard-side gun case.  The tag does NOT go on the outside of the luggage.

I recommend that you print out both the TSA’s and the airline’s rules about firearms in checked luggage and bring them with you.  This is in case there is any confusion on the part of the ticket agent.

Sometimes, they will take the luggage with the firearm and put it on the conveyor behind the counter, just like the other luggage.  Other times, they will have you escort the suitcase to the TSA’s luggage screening (giant x-ray thingy) and give you the nod once it’s passed their inspection.  Every airport has its own protocol.  The airline’s agent will direct you accordingly.

I recommend arriving at least 30 minutes earlier than you would, if traveling “sans heat” to account for the extra procedures.

Have gun?  Do travel!

A Right not exercised is a Right lost.  A majority of states have reciprocity with a majority of the other states when it comes to licensed concealed carry of firearms.  If your life and your family are worth protecting at home, they’re worth protecting wherever you travel.  It’s easy, too!  Remember to familiarize yourself with the laws of your destination.  Post your questions or comments below!

6 Responses to Have Gun. Will Travel.