“Check Your Six” at Gas Stations! 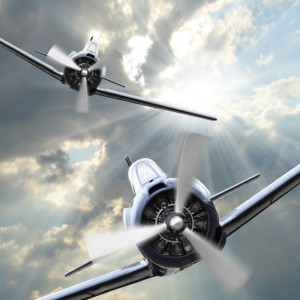 “Check your six” is an axiomatic phrase to live by for fighter pilots.  It means be aware of what’s behind you.  Having a “bogey” (enemy aircraft) on your six can be fatal.  If you use a clock to refer to what’s around you, 12 o’clock is in front of you, three o’clock is to your right, and six o’clock is behind you.

If you study surveillance video of robberies, muggings, or other violent crimes, you’ll notice that the victim is often completely unaware of the approaching bad guys.  This is the case in the video below.

A lot of people go about their day in a bubble of distraction.  Today, distraction often involves cell phones, electronic games, and music delivered by headphones.  It can also be as simple as a conversation, kids demanding attention, or just the task at hand (such as fueling up your car or loading groceries).

Being AWARE of your surroundings, and the PEOPLE lurking around you can be your BEST defense.  And, please… do not dismiss my suggestion (and your responsibility for your own safety) with the straw man label of “paranoia.”  You can be aware and prepared for the very real threat that exists.  It is not based on irrational “fear.”  It’s simply awareness.  It’s not difficult, though it won’t become “automatic” until you practice it intentionally.  Again… watch the videos.  Every victim was in his or her “distraction bubble” while the bad guy(s) approached in plain sight.

The man in the video was oblivious to the two guys walking right up to him.  Notice how the two split up.  If you see two or more people walking towards you, who suddenly split in different directions, that should automatically trigger “Code Orange.”  It’s time to MOVE. 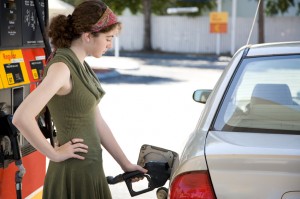 Gas stations are the perfect place for bad guys to attack.  People are distracted.  Potential victims often have money / wallets close at hand.  Victims also usually corner themselves between their cars and the pumps.  Gas stations are often located at major intersections with multiple routes of escape, and the bad guys can easily keep an eye out for the police or other secondary responders.  You need to be your OWN FIRST responder!

I have been approached at gas stations countless times.  Most were likely harmless beggars.  One case was definitely not harmless (but ended uneventfully because of my awareness).  Regardless, I do not allow any stranger to get “in my space.”

Some “rules” for awareness while pumping gas:

Just a quick blog post inspired by the surveillance video of this recent crime.  Have you ever been approached by a suspicious person at a gas station?  Elsewhere?  Post your stories below!

10 Responses to “Check Your Six” at Gas Stations!