Violence Walks into a Dental Office without an Appointment

I try not to post multiple articles about personal safety in a row.  But, in recent days, the news has provided fodder that I can’t resist. 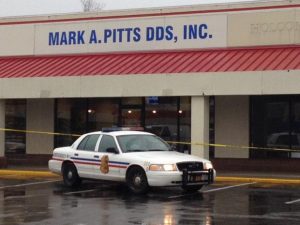 Yep… it happens.  Just yesterday, a man entered a dental office in Columbus, Ohio as it was opening and shot the hygienist (who was his ex-girlfriend).  Reportedly, the ex-boyfriend entered the office and asked for the hygienist.  The receptionist summoned her to the front desk, where he shot her.  She survived and is in the hospital.

Earlier that same day, the man shot a 9 year old boy, who was the son of ANOTHER ex-girlfriend.  The day ended in a fatal (for the bad guy) shootout with police in a Walmart parking lot.  Video and more after the jump.

Will you be checking your baggage? 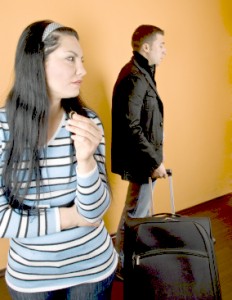 As dentists, we work with team of people from various backgrounds and… shall we say… various amounts of “baggage.”  Of course, I am not privy to the whole story, and we certainly cannot depend on the media to get the story right the first time, second time, third time, or perhaps EVER.  But, I would BET that the other ladies in the office had an inkling that there was “bad blood” between the hygienist and her ex-boyfriend.  They should have been on HIGH ALERT as soon as he walked in.

I wonder if the dentist was there.  At my office, the team doesn’t unlock the front door until I arrive.   The door from the reception area to the clinical area is locked, too. 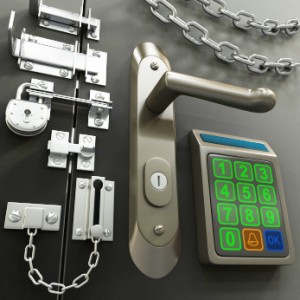 There is no fool-proof way to prevent violent crime from walking in without an appointment.  But, good Situational Awareness can go a long way towards prevention and survival.  I’ve written previously about “Danger in the Dental Office” and mentioned the possibility of domestic violence coming to the dental office.

I started a thread on Dentaltown about the recent incident in Columbus and asked, “Are you prepared?”  It quickly devolved (without my participation) into a debate about guns.  A sheeple assumed I was pressing a “pro-gun agenda” and even pointed out how distasteful it was on the 50th anniversary of JFK’s assassination.  Never mind that my post never mentioned guns once.  And, this article isn’t about guns, either.

Being prepared could include a number of actions:

The point is to consider having a team meeting to talk about this.  It shouldn’t be taboo.  It shouldn’t make anyone uncomfortable.  Come up with a plan.  Come up with a code word that everyone will know means bad things are happening.  Maybe one specific person will be the one to run to the back office or doctor’s private office to dial 911… or activate the security system to send a signal to the police.  I’m not here to suggest a comprehensive plan.  I just hope to stimulate discussion.

I said it’s not about guns!

Yes… I am “pro-gun.”  If you decide to arm yourself with a gun, you need to be proficient in its operation and safety protocol.  You also need to understand the implications and consider your ability to make the decision to use it.  Also, factor in your local laws.  Owning a piano doesn’t make you a musician.  Simply owning a gun won’t make you invincible.  And, a gun doesn’t replace a PLAN.

Nothing makes you invincible.  But, being proactive and being AWARE can improve your odds of survival.

UPDATE:  A friend just forwarded me a link to a very similar story involving a dental office team member (in Nashville, TN) from a year ago:  Woman found shot, dead at Green Hills office.

Update #3 (2/13/19):  Man shoots and kills his wife while she was working at a dental office.  Armed citizen-patient shoots man and holds him for police.