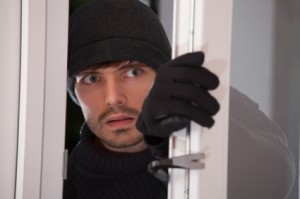 I’ve been meaning to write about this and cover it in as much detail as I can.  Armed self-defense is not a topic that can be covered in a short article.  So, I’m going to break it down into multiple articles.  And, even then, the sum of my articles cannot be considered a comprehensive tome.

I will also readily admit that I am not the ultimate nor the penultimate expert on this topic.  There are MANY real experts who have written extensive books, created videos, and teach a multitude of participatory courses.  I am but a dentist who has an interest in the topic.  I would encourage you to explore and educate yourself beyond my articles.

Recognizing that this can be a controversial topic, I will start by limiting this article to articulating the rationale for armed self-defense.  I will get into the details and mechanics of armed self-defense in future articles.  I am not here to convince you to change your mind.  I offer food for thought.  Your mileage may vary.  🙂  If you’re adamantly against the notion of armed self-defense, you’re probably not going to like this article.  And, I respect your choice.  However, if you’re on the fence or even just curious, read on. 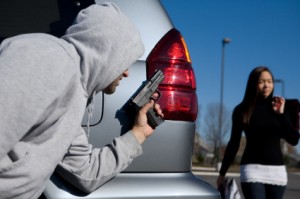 First and foremost, I believe that self-defense, self-preservation, and simply refusing to be a victim (of violent crime) is a natural-born right (or God-given, if you prefer).  I cannot fathom any argument that would deny any individual human’s right to defend him/herself against those who wish to do him/her harm (or worse).  Furthermore, that natural right to self-defense extends to defending your own family or anyone else you feel compelled to defend.

The brilliant authors of Constitution of the United States saw fit to guarantee this right by restricting the government from infringing upon the right to keep and bear arms (to defend ourselves against personal harm and a tyrannical government)- with the 2nd Amendment in the Bill of Rights.

You can arm yourself with a variety of weapons.  But, for the purposes of this article, I am referring to the use of firearms, as they are the most practical in many regards.

And, when seconds count, the police are minutes away (and they are not legally obligated to protect you).

Some of us are simply not in a position (nor desire) to take on the bad guy “mano-a-mano” (hand to hand).  A famous line by Danny Glover’s character in “Lethal Weapon” comes to mind:  “I’m too old for this shit.”  And, even if you’re a highly-trained martial artist, it may be folly to take on an armed bad guy (BG).

Hoping I won’t be accused of being sexist, I submit that women are arguably vulnerable to violence perpetrated by men.  Generally, men are bigger and stronger.  A gun can be a tremendous equalizer for women.  An armed 100-lb woman may deal with a 220-lb male attacker.  If she is unarmed, she stands no chance at all.

It will be used against you.

You may hear some argue against armed self-defense by citing an oft-repeated admonition that “according to statistics, your gun is more likely to be used against you.”  Many people are simply regurgitating what they’ve heard so many times (without really knowing the facts).  Well, you know what they say about statistics.  And, it’s important to note that this infamous argument has a fatal flaw:  It includes suicides (as counting as a gun used against oneself).  But, don’t take my word for it.  Do your own research.  And, that’s all I’m going to say about that. 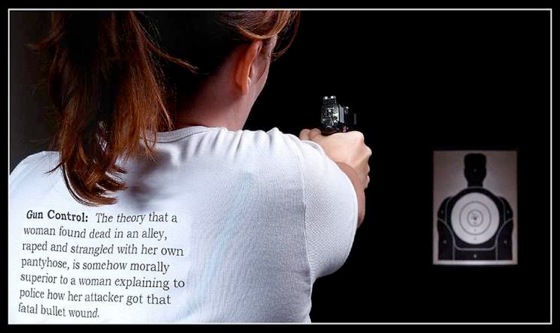 “Gun Control: The theory that a woman found dead in an alley, raped and strangled with her own pantyhose, is somehow morally superior to a woman explaining to police how her attacker got that fatal bullet wound.”

While some believe banning gun ownership would make us all safe and immune from violent crime, reality affirms it’s simply not true.  Again, I don’t want to incite debate.  But, successful armed defense is well-documented.  Banning firearms in the U.S. is simply not going to happen.  And, even if it did, then only the BGs would have guns, leaving law-abiding citizens defenseless.  If gun-ban utopia came to be, and the BGs didn’t have guns, the young and strong criminals would still overpower weaker victims.  A gun is an equalizer between a 70 y.o. man vs. a young thug.  It levels the field between a single young man and a group of drunks with baseball bats.  Countries that have banned guns have seen a dramatic increase in violent crime.  And, that’s all I’m going to say about that.  🙂

I respect anyone’s decision to not arm themselves.  And, I have been questioned as to why I choose to do so.  Some don’t question it out of sincere curiosity.  Rather they disparage and dispute it.  That’s OK, too.  I’ve been called paranoid or accused of being over-reactive.  The reality is that crime does happen.  Violent crime happens, even to good people in good neighborhoods.  It can happen even in the “safe haven” of their own homes.  Home invasions do happen.  Just do a Google News search for “home invasion.”  I acknowledge that the probability of being a victim of violent crime is rather small.  So is the chance of me having a head-on collision in my car.  But, I wear a seat belt and like that I have airbags in my car.

I want to live.  I will not, for a moment, accept that some anti-social miscreant might randomly exercise domain over whether I stick around to raise my children or simply continue enjoying what this Earth has to offer for the rest of my natural life.  As a man, I will not allow political correctness (aka the “pussification of America”) to defeat my primal directive to protect myself AND my family.    Feel free to quote me on that.  Your mileage may vary. 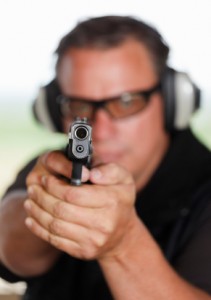 The chances of these things happening is small, yes.  But, the consequences of those remote incidents happening are significant.  They can be life-changing or even life-threatening.  I wear a seat belt, even though I’ve never been in a crash in 32 years of driving.  I have a fire extinguisher in my home and office, though I’ve never been in a fire.  I hope that I never have to defend myself against violent crime, either.  But, I am equally prepared for it as I am a fire or car crash.  Better prepared, actually.

Of course, taking precautions such as seat belts, fire extinguishers, and arming myself are no guarantee of safety or survival.  But, I’ll take any edge I can get.  Previously, I wrote about Situational Awareness being critical to personal safety and security.

It’s not that simple.

Arming yourself requires a bit more forethought, preparation, research, precaution, training, and practice than simply clicking a seat belt or hanging a fire extinguisher on your wall.  It is not a decision to be taken lightly nor undertaken without due diligence.  There is a lot to know, including when lethal force is justifiable and how your state’s laws address self-defense.  There are many factors to consider.  I’m often asked, “What kind of gun should I get?”  A shotgun?  Rifle?  Handgun?  Which brand?  Which caliber?  In my next article in this series, I’ll discuss Choosing a Self-defense Gun.

I am compelled to include this in my blog out my loyalty to and caring about my extended dental family.  I understand some may find it objectionable or consider it inappropriate.  I understand, but I choose to ignore those concerns.  Appealing to everyone has not ever been one of my goals.  🙂  My sincere hope is that none of us is ever faced with a violent encounter.  Stay safe, Dental Warriors.

PS… More recently, I wrote what should be the prequel to this post.  Check it out.

PPS… A few quotes to ponder:

Laws that forbid the carrying of arms disarm only those who are neither inclined nor determined to commit crimes. Such laws make things worse for the assaulted and better for the assailants; they serve rather to encourage than to prevent homicides, for an unarmed man may be attacked with greater confidence than an armed man. — Thomas Jefferson

To preserve Liberty, it is essential that the whole body of the people always possess arms, and be taught alike, especially when young, how to use them. — Richard Henry Lee, Virginia delegate to the Continental Congress, and member of the first Continental Congress, which passed the Bill of Rights.

If someone has a gun and is trying to kill you, it would be reasonable to shoot back with your own gun. — The Dalai Lama

The whole subject of civilians carrying guns for self defense is discussed too much in the wrong places — ACLU cocktail parties, gun club gatherings — all placid atmospheres far removed from the terrifying reality of violent confrontation with the lawless.  It should be discussed in prisons, where professional criminals are remarkably candid about their avoidance of armed citizens who can fight back.

It should be discussed in rape crises centers.  Ask a woman who has been raped, whether she ever wished she had a gun when it happened … and whether she had bought one since.  Her reply is likely to be “yes” to at least the first, and often to both.

Talk to the bereaved who lost their loved ones to the streets.  Talk to those who have been violated in their homes.  Ask them how they feel about passive non-resistance.  And when you have attuned yourself to the haunting fear that lives with them forever after their nightmare, you will be ready to talk with someone else who was in their place, but survived unscathed because they were armed.  The contrast will be striking.

These survivors don’t put notches on their pistols, and they don’t brag about what they had to do… The taking of a human life, no matter what the circumstances, is an unnatural act, an emotionally shattering experience that leaves its own scars forever. But none of those people regret what they did, and to a man, their first reaction was to go home to their wife and children and hug them, tightly and wordlessly. — Masaad Ayoob (internationally known firearms and self-defense instructor) 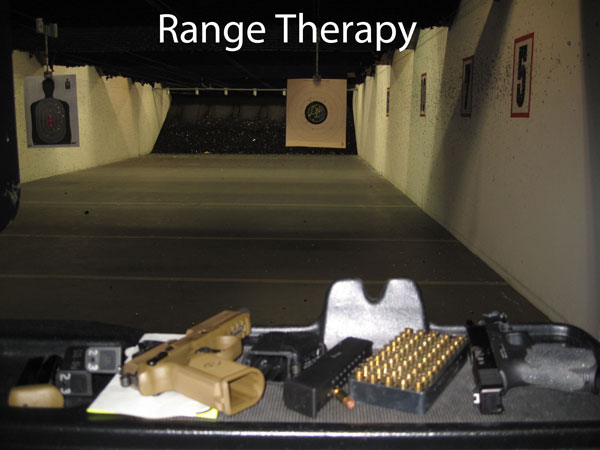 It can be a zen experience!  It really is very relaxing. 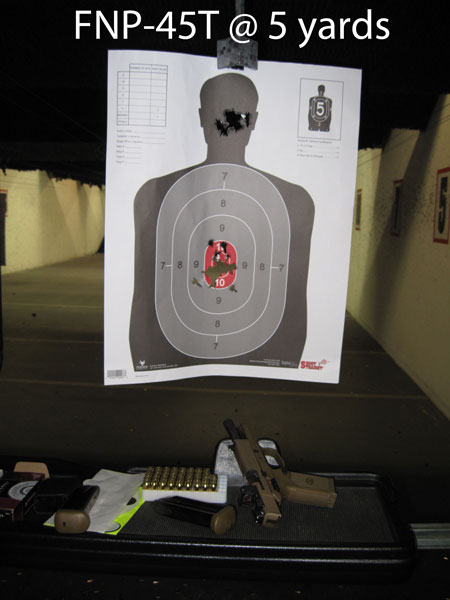 13 Responses to Why Armed Self-defense?