I Didn’t Know You Could Buy a Dentist!

Why Your Dentist Costs So Much 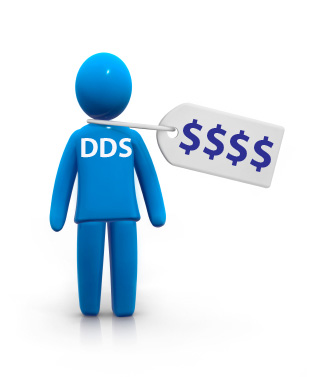 The latest edition of moronic articles on Yahoo.com… This one is titled, “Why Your Dentist Costs So Much.”

Gosh, I didn’t know one could purchase a dentist. I guess I can rest easy knowing that we still fetch a handsome price!  🙂  We’re worth every penny!

While we can forgive the syntactically awkward title, I think the intent of the article is to be informative.  However, it fails on many levels except perhaps catering to those who have their minds made up about evil rich dentists ripping off unwitting and defenseless patients.  To wit… see the comments at the end of the article made by the multitudes of malcontents.   I won’t get into the entitlement mentality that is becoming increasingly pervasive in our (anti) American culture.  🙁

This new article was a follow-up to a previous article by the same author, which I blogged about:  “Is Your Dentist Ripping You Off?”  I believe this article is a bit of an attempt at backpedaling and substantiating her position at the same time.

Say What You Mean.  Mean What You Say.

Early in the article is an anecdote about a patient who was quoted a fee, and then halfway through the procedure was told the fee was MIS-quoted.  And, now the fee was DOUBLE.  I don’t doubt this happens.  In every profession, there are bad communicators and bad business-people.  I believe most of us, however, follow the “INform before you PERform” way of managing patient expectations and fees.  I don’t like hearing stories like that, but I know they do happen.  So, that’s fair game.

Later, the author references a crown as being “marked up ten-fold” over the lab fee for said crown.  Of course, that illustrates an erroneous assumption that we are re-selling a commodity.  One could just as naively assert that attorneys are nothing more than purveyors of paper and ink that is marked up by multiple orders of magnitude.

The author managed to interview two dentists.  Mind you, neither would allow his / her full name to be used.  I am proud to stand behind my own professional opinions with my FULL name.

I may have some strong opinions, but I don’t hide behind my initials when I speak out publicly.  And I certainly wouldn’t represent myself as speaking for the entire profession and while seeking refuge in anonymity.  What a couple of pussies!  Grow a pair and be proud of your opinions.

Then again… maybe the dentists “interviewed” don’t exist at all.  Hmmmm.

Nevertheless, from those interviews, the author was able to distill some reasonable and rational information:

Then she asks the two dentists being interviewed how a patient can ascertain whether he or she has found a good dentist.  This is the part that disturbed me the most.  Here’s one quote: 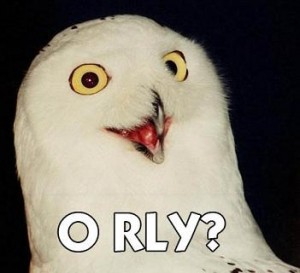 “Ask if he or she uses specialists.  Who does your root canals?  If the person on the phone says, ‘We do everything here, that would scare me,’ Dr. M. says. ‘Especially orthodontia.'”

REALLY?  Holy crap.  That’s your litmus test, Dr. M??  Dr. M is scared of a dentist that does “everything?”  And, ESPECIALLY “orthodontia?”  Heck… I’ve never known a dentist to use that word, “orthodontia.”   So, either this dentist is woefully ignorant, old-fashioned, or simply masking his own inadequacies.

Speaking as a dentist who does some “endodontia, orthodontia, periodontia, and even oral surgerydontia,” I would like to invite Dr. M to observe me in my practice.

There were other suggestions I did agree with.  It wasn’t all bad.  I agree that a dental specialist can be a good resource for finding a good general dentist, for example.  I also can accept the notion of asking other people you trust for a referral.

Some suggestions were rather silly, like the assertion that a dentist who doesn’t accept insurance (“because he or she doesn’t need to”) will be a “pretty good dentist.”  That’s just nonsensical for many reasons.

Read the article, and see for yourself.  Again, it’s not all bad.  But, it’s not all good, either.  Many of the myths about dentistry are perpetuated.  I don’t expect all dentists to agree on everything or practice the same way.  But, a good Dental Warrior doesn’t throw his colleagues under the bus by disqualifying them from so-called “specialty-dontia.”

Copyright protected by Digiprove © 2013 The Dental Warrior®
This entry was posted in Current Events, Editorial. Bookmark the permalink.

6 Responses to I Didn’t Know You Could Buy a Dentist!