Nothing Good Happens After Midnight 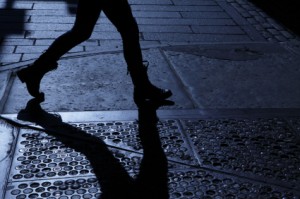 I’m watching the news on TV about an Indiana college student that has gone missing.  A 20 year old woman was last seen walking to her apartment at 4:30 am.  FOUR-THIRTY A.M.!  By herself!  Lauren Spierer was “out with friends” at a sports bar.  Then they went to a friend’s apartment before she decided to walk home.  Was there not a single “friend” willing to either drive or walk her home??  If there were any men among her friends that let her walk home by herself, they should turn in their vestigial testicles.  I hate to think that chivalry is, indeed, dead. 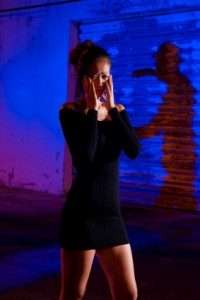 It’s also sad to think that this (likely tragedy) could have been prevented.  Not surprisingly, Lauren had been drinking.  Nothing wrong with that.  But, situational awareness, if she had any to begin with, would likely be impaired.  She was most likely unable to defend herself.  In my opinion, every woman should at least carry pepper spray.  In any case, she should NOT have been walking home alone at 4:30 am… or at any other time of night, frankly.  Call me old-fashioned.   But, if there were any men in her group , and I had “access” to them, they’d get a good “dressing down.”  Unforgivable, in my opinion.  Of course, if she had been accompanied by one or more female friends, she would have likely been just as protected.  Predators don’t like groups.

I realize we don’t know the whole story, and my opinion is based on the limited information available at this time.

The 20 year old woman has now been missing for a week.  That’s not good.  Not good at all.  I cannot imagine the anguish of her parents.  But, if you have children, you can’t help projecting yourself into that situation.  The mere thought of it is unbearable.  My best hope is that I can teach my children (now 7 and 10) to think clearly for themselves.  Nothing good happens after midnight.

7 Responses to Nothing Good Happens After Midnight